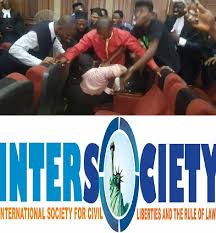 Kanu Was Arrested On Sat Night, June 26, 2021:* The Leader of IPOB, Nnamdi Kanu was arrested on the Sat night of June 26 2021 in Kenya, a member of the African Union. He had traveled to Israel, having transited from Germany to Israel before heading to Kenya, where he was intercepted on Saturday night, 26th June 2021. He appeared to have been trapped by some persons of his own tribal stock over some lingering issues. His arrest was initially taken to be ‘a minor immigration issue’, which later turned out to be a clear act of ‘strawmen’ and subsequently attracted the involvement of the Nigerian diplomatic officials and security attachés at Nairobi, the country’s capital. He was later on Sunday, 27th June 2021 handed over to Nigerian security attaches and diplomatic officials after providing paper evidence that ‘he is being wanted in Nigeria for continuation of his trial where he jumped bail’ and escaped ‘from judicial justice’.

Worries Over Kanu’s Safety In Custody And Hateful/Selective Law Enforcement:* The International Society for Civil Liberties and Rule of Law is not worried over the recent arrest and bringing back of the IPOB Leader, but we are deeply concerned over his safety, healthcare and upkeep in the custody of the country’s Spy Police where he may likely remain throughout his trial period. The Nigerian Government also deserves to be ‘commended’ for not bringing the IPOB Leader in ‘Body Bag’. In other words, we are happy that the Nigerian Government did not ‘kill him extra-judicially on transit and falsely labeled’ the circumstances of his death, a notorious practice that has become the Government’s modus operandi in recent times. Intersociety has remained opposed to all forms of offensive violence and a stickler of pacifism. As an apostle of ‘positive peace’ or absence of structural, cultural and physical violence’, we challenge the Nigerian Government and aggrieved non state actors to eschew violence and embrace dialogue and reconciliation. To ensure this, the Nigerian Government must ensure the round-the-clock safety and welfare of the IPOB leader in its custody as it will be more catastrophically untamed should anything untoward happens to him. The Government should consider granting him and his group amnesty including withdrawal of all charges against him and his members, same way the Government has been treating the “repentant Boko Haram and Banditry Jihadists” as well as un-tagging of IPOB as ‘a terror group’.

No Fanfare Over Kanu’s Arrest At International Borders:* It is important to point out that the across border arrest of the IPOB Leader is part of the criminal justice administration and law enforcement applicable globally covering crimes of ‘mala inse’ and ‘mala prohibita’. While ‘mala inse’ represents crimes with universal application or enforcement; ‘mala prohibita’ represents crimes to the extent that they are recognized, defined and enforced by a particular country or jurisdiction. In the application or enforcement of the two crimes anywhere in the world, if a national or international citizen is standing trial under presumption of innocence until found judicially guilty and he or she is reported to have fled the jurisdiction under which he or she was standing trial, it is allowed under the international law and through legitimate diplomatic means to use non lethal measures to bring him or her back to face and complete his or her trial. Exception to this rule is where he or she is running away from legitimate state persecution including attempts on his or her life and grave infringement on his or her other fundamental liberties. Under this, he or she is expected to be protected by the country that offers him or her temporary and protective shelter; otherwise he or she can be arrested and sent back to his or her country for continuation of the trial. Therefore, it is on record that the IPOB Leader did not flee Nigeria out of his own freewill in September 2017 but he escaped from being assassinated by the security forces of the Federal Government of Nigeria. The Government’s ‘defense’ of Kanu breaching his court bail conditions or inciting his followers against the Nigerian Government as reasons for wanting to kill him extra-judicially did not hold water. This is more so when the same Government could have made a legitimate case before the trial Court for the revocation of his bail conditions, if truly found to have been breach.