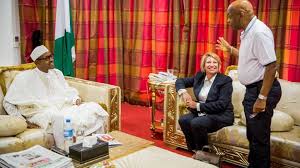 If Ndigbo do not tell Arthur Eze that money is not everything, he will destroy whatever value is left in Igboland. The self-acclaimed Igbo Messiah (Ozo Igbo Ndu) has become a most irritating pain in the neck of Ndigbo. In the past thirty years, Arthur has brought everything he has touched to ruin. Eastern Plastics, Premier Cashew Industry, Anambra Vegetable Oil Products (AVOP), Premier Brewery Limited, Orient Bank and even his own Triax Group of Companies all melted under his cancerous touch. And now, Arthur has turned his attention to the Igbo presidency project and the government of Anambra State. Now is the time to tell him to stop!

Anyone who has followed the appalling drama playing out in Anambra State at the moment will not miss the underlying message – mutiny! Arthur is currently leading a rebellion against the government of Anambra State. This is not opposition as we know it. This is an act of rebellion. When a man is puffed up by his belief in his own invisibility, he turns himself into a menace to society. That was exactly what Arthur Eze did when he took 12 traditional rulers from Anambra State to Abuja on an ill-advised mission to create disaffection for the governor of Anambra State at the presidency. Arthur is leading a mutiny against Anambra State. He should be told ‘enough’ by Nigerians who value decency and order in the society. The traditional rulers are the leaders of the grassroots in our democracy. Anyone who successfully turns a sizeable number of them against the sitting government under any guise has masterminded civilian coup plot. That is exactly what Arthur Eze has done. He is hell bent on setting Anambra on fire. He will succeed only if we support him with our silence.

We must tell Eze that the office of the governor of Anambra State should not be desecrated. And that any effort that denigrates and belittles it exposes Ndi Anambra to ridicule before decent people across the world.

Without a doubt, Arthur Eze appears to have a brutal knee firmly pressed into the neck of Ndigbo. He ridicules our aspiration for the presidency. He spits in the faces of our political leaders at will. He is locked up in a mortal battle with neighbouring villages in Anambra State. He is at war with the novelist, Chimamanda Adichie. He instigated criminal charges against Pius Nweke, the CEO of Best Aluminum who unlike him has created thousands of jobs for the people. He has no respect for constituted authority. He believes that money is everything. Arthur is one of the disappearing breed of post-Biafra War Igbos whose dumb worship of money set the tone for the moral decline of our society. His inherent evil has always been easy to see. His very name invokes a horrifying atmosphere that is antithetical to democracy and peace. It reminds us of another Arthur in another era. But even more horrifying, he reminds us of godfatherism and reckless brigandage. But we choose to turn a blind eye to Arthur.

For many decades, Arthur strutted the entire South East Nigeria like a winged monster in a Hollywood movie, talking down on his enemies and giving the impression that with money he could buy anybody including one half of heaven. He moves around in the longest and most expensive vehicular convoy in Igboland. He feels that everyone is beneath him. He does not weigh his utterances. He speaks as the mood takes him. At a time when his Igbo people feel entitled to provide Nigeria’s next president, Arthur told them that they were not good enough for the position in clear terms. Only Northerners are good enough to lead Nigeria because they gave Arthur contracts. He is a bull in china shop. Nothing is sacred to him. He is a monster with a philanthropic face! But Arthur Eze should be reminded that all his philanthropy does not stretch beyond dashing people money. And that begging is not in the DNA of Ndigbo. This is one truth Arthur must be told!

Throughout history, Igbo people have shown a definitive practical side to their communal life. In Igbo worldview, no one, no matter how gifted can win judgment against a clan. A thematic exploration of this deep philosophy gave birth to Chinua Achebe’s Arrow of God. Somebody ought to tell Arthur that he cannot win a fight against his own people. In fact, the futility of that enterprise in Igboland has been demonstrated to a point where some gods that proved to be a thorn in the flesh of their worshippers were hurled to the crossroads and set ablaze by the same people who once supplicated them for protection. It is therefore embarrassing to see that just because he could sell a few oil wells, Arthur Eze has forgotten the capricious nature of his own culture. He is blind to the fact that a masquerade that turns against its minders in a stab of arrogance risks the humiliation of being deserted at the market square!

This is the inconvenient truth we must tell Arthur Eze!