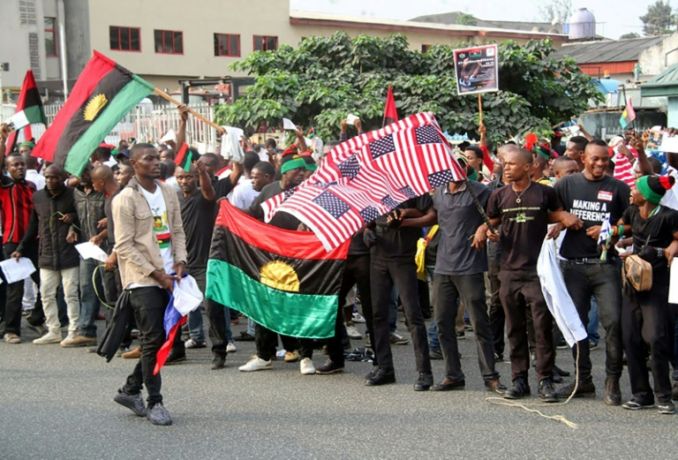 Protest Against Government are not treasonable: In a special broadcast on the eve of the industrial action and public protests President Goodluck Jonathan conceded the right of Nigerians to kick against the painful economic programme of subsidy removal. Monitor the strikes and the protests Both the Attorney-General of the Federation and the Inspector-General of Police also conceded that Nigerians were constitutionally entitled to protest peacefully against official policies.

Notwithstanding such official pronouncements armed police personnel detailed to monitor the strikes and the protests opened fire and killed unarmed protesters in Ilorin, Kano and Lagos. Embarrassed by the incident the Police Commissioner, Mr. Kasali ordered the arrest of the trigger happy cop, apologized to the parents of the deceased and promised to prosecute the suspect as there was no basis for his action since the protests in Lagos were peaceful. However, despite the fact that over 2 million demonstrators in the streets of Lagos conducted themselves peacefully armed soldiers were deployed in a desperate bid to suppress the protests on the orders of the Commander-in-Chief of the Armed Forces, Dr. President Goodluck Jonathan.

(Extracts From Femi Falana Vangaurd News)
But, today, Nigerians have continued to be killed during peaceful protest. The killing of Biafra agitators during their peaceful protest and rally is a crime against humanity and in contrast to Nigeria constitution.

The most recent incident happened in Port Harcourt during Biafra solidarity rally in support of Trump U.S led Government, over 20 people where killed, and about 45 currently facing treasonable charge in court.

The International Community and armnesty International should look into this grave violation of human right in Nigeria by the present Nigeria government.

Defending the rights of Indigenous People of Biafra – IPOB.