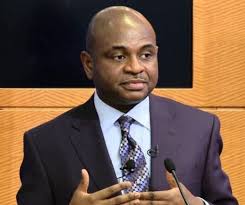 News of exploratory discussions for a breakaway third party from the US Republican Party should not be surprising. I foresaw the likely eventual breakup of the US Republican Party after it became “the party of Trump”, i.e. a personality cult, in recent years. If this happens, it will support my thesis that there is nothing inevitable about the PDP and APC in Nigeria.

I’ve always told those skeptical about the possibilities outside of these two Nigerian political platforms, who cite “the two party structure in America”, that they are comparing apples and oranges. The two parties in America are ideological. What’s the difference between APC and PDP?

Many politicians wake up inside PDP and go the bed in the APC, and vice versa. That’s very different from a 200 year old, largely ideological democracy. Even then, political parties in America mutated and evolved over decades. Even on issues such as slavery, the Republican party of Abraham Lincoln led the fight against slavery which resulted in the American Civil War, with Democrats resisting the abolition of slavery. Over the past 70 years, the two parties have switched roles on civil rights issues as arch-conservatives gained ascendancy in the Republican Party in the early 60s (Barry Goldwater & co) while President Lyndon Johnson (Democrat) got the Civil Rights Act and the Voting Rights Act passed. And now, there is a distinct possibility of a split in the Republican Party.

In Nigeria, the PDP was boasting in 2012 or so that it would rule Nigeria for 60 years. Within three years it had lost power to a new formation, the APC. From a one party-dominant polity to a two-party dominant one. As Nigerians progressively realize that these parties have strong “structures” that win elections but can’t govern us effectively, the reality on the ground can shift again ahead of or in 2023 with the way things are going in our country.

While I am not naively indifferent to the “advantages” the two parties currently have, the real issue is, or should be, whether Nigeria’s democracy is serving Nigerian citizens or whether it is serving only the politicians. I predict that this fundamental question will assume rising importance in the coming months. Absent true new blood as their faces to the electorate, the two parties will be progressively be weakened by their internal contradictions.

I am not one of those who have surrendered to the “conventional wisdom” of the deity status and inevitably of the APC and PDP. I am a student of history. We all should be.