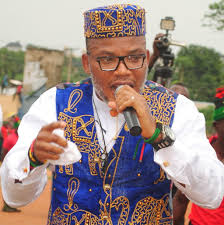 Thirty-six (36) hours after Nnamdi Kanu was seized by security agents and brought back to Nigeria, and 24 hours after he appeared before a Federal High Court in Nigeria, not even one single international news media has mentioned his arrest or appearance in court. Are you not surprised for a man so well-supported by the world?

Where are his contacts in Israel, European Union, United States, United Nations; all those people and groups that promised him Biafra: How come that none of them has noticed that he was arrested by the Nigerian government? Think, if you have brains. Even as Ojukwu was about to get into war in 1967, the international press was already talking about it. Nnamdi Kanu called Ojukwu Biafra the Class of 1967 and called IPOB Biafra the Class of 2021. He compared himself to Ojukwu. But how come that only Nigerian media is reporting his capture? No one else knows him.

When I merely expressed a view of caution, they attacked me. They called me unprintable names. They called me an ex-convict and said I should go back to prison. Where are they now? Since they liked me to go to prison because I dared to raise issues about their leaders, they must be rejoicing now that their leader is back in detention and will not come out in the next ten years unless he begs Ohaneze and the same Governors he insulted.

I said we are not ready for Biafra. And many did not understand me. I said that even if you gave us Biafra, we will not know how to manage it. And many thought i was joking. When I saw the mentality of those who believed Kanu, I knew that we are in trouble. The main difference between the Igbos and the rest of the country is that in Igboland, the uneducated rule. In Igboland, the uneducated think that the educated should listen to them and follow them. Every tribe has educated and uneducated people. The difference is that in other ethnic groups, the educated ones lead. But in Igboland, the uneducated ones want to lead. That is why even though the Igbos have the greatest number of educated people, they end up with the most uninformed choices because the uneducated Igbos want to lead. Otherwise, nobody who understands international system would believe Nnamdi Kanu’s lies. No educated person would believe that President Buhari died and a Sudaneze clone is ruling Nigeria in his stead and only Nnamdi Kanu, the Igbo people’s prophet, would know that in the whole world.

Somebody asked me tonight: What will the followers of Nnamdi Kanu do? I told him that they are like lost sheep in the wilderness without a shepherd. His followers will disintegrate. They needed a radio operator based in UK to function. Nnamdi Kanu’s Biafra was solely an online country. Even his ESN was an online imaginary army. The biggest blow is to switch off that radio. Once he was not able to address them on that radio, they are lost. What else will bring them together. They needed the radio. They needed Nnamdi Kanu who would switch from a priest to revolutionary, to a war leader, to all manner of things. Nothing is left now. His followers know that if they try to run a radio like he did, they may face the same consequences.

Some people say I am fighting a fellow Igbo. I am only educating the fools who followed that blind cause. I am helping them before they hurt themselves more. They have hurt Igbo interest enough. I believe that with IPOB contained, the Igbos can now come together to pursue the best interest of Ndigbo. The IPOB distractions and disruption have caused enough harm to the Igbos. Hopefully, we can now reorient the Igbo youths and get more of them to use their heads in the future.