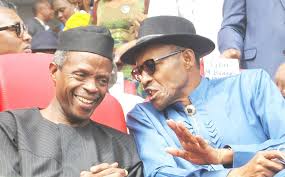 Our children must know where they are coming from… Vision is important, so too is memory

Though the reintroduction of history into the curriculum of primary and secondary schools across the country last year by the Federal Government received commendation from many, the decision was not just borne out of the need to restore the subject in schools but in recognition of its contribution to the socio-political, economic and cultural development of Nigeria, according to Vice President Yemi Osinbajo, SAN.

Prof. Osinbajo stated this on Monday at the inauguration of the Nigeria History Fund by the James Adekunle Ojelabi Foundation. The fund is dedicated to, among other things, supporting history students with a scholarship scheme.

According to the Vice President, “when the Federal Government decided to reintroduce history into the curriculum across primary and secondary schools last year, it was a decision borne out of the recognition that first our children must know where they are coming from and have an understanding of the life that preceded them.

“History is far too essential for us to deprioritise. It encourages us as individuals to not restrict ourselves to thinking in the short-term, but to remember that we too are living histories.”

Continuing, Prof. Osinbajo said “…we cannot sure-footedly chart a course forward without understanding where we are coming from. Vision is important but so too is memory. Nation building requires us to develop both faculties of imagination and remembrance. Indeed, this stewardship of national memory is a cardinal civic obligation.

“The future of a Nigeria that works for all of us, regardless of religion or ethnicity, depends on full and accurate knowledge of our histories.”

Speaking on the role of history in harnessing Nigeria’s rich cultural diversity, Prof. Osinbajo said the nation’s diversity as a unique strength for promoting national development would not be realized without a thorough understanding of its different cultural practices and social norms which are embedded in history.

He said: “We are blessed to belong to a nation that possesses such a rich history of art, technology, trade, metallurgy, political administration among many fields of human endeavour but this bountiful inheritance is often underexplored and underappreciated.

“History is a vast reservoir of cultural, spiritual and social capital waiting to be mined by a generation that will not neglect the ancient landmarks of our odyssey as a people.

“Whilst our ethnic diversity is a great strength, one of the biggest challenges to nation-building is this same ethno-religious diversity which can also engender detrimental social conflict.”

Describing the Nigeria History Fund as a befitting tribute to the late historian, James Adekunle Ojelabi, the Vice President said “as black people, as Africans, as Nigerians, we must reclaim our histories and nurture academic environments that make that possible.”

Commending the late historian, Prof. Osinbajo said “…as someone for whom so much of his life was dedicated to ensuring that the stories of our past were given the attention they rightfully deserve, supporting history students with a scholarship scheme is a thoughtful tribute to his legacy. I am also delighted to hear that the fund will keep conversations alive about the importance of history for modern day Nigeria.”

In his remarks, Pastor Ituah Ighodalo of the Trinity House, Lagos, who was Guest Speaker at the occasion, underscored the importance of history in the development and affirmation of people and their communities.

The event which coincided with the first anniversary of the James Adekunle Ojelabi Foundation featured presentation of awards to deserving individuals, including notable historians, like Prof. Bolanle Awe, Prof. Banji Akintoye among others.