Home Crime Watch. Woman Dumps Baby In Soak Away Pit Because Of Hardship. 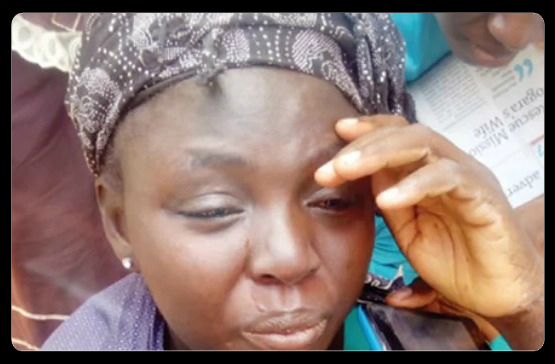 The suspect cried after she was arrested and paraded at the command’s headquarters in Bauchi on Friday, March 3. The newborn, whose cry attracted neighbours, was rescued alive after being in there for nearly over 12 hours.

The baby was immediately rushed to the Abubakar Tafawa University Teaching Hospital for medical attention. James said she threw her baby away due to her husband losing his job and the economic hardship in the country.

She said: “Things are hard. My husband has no job. He had an accident three months ago and it affected his manhood. He is still in the hospital receiving treatment. We don’t see food to eat. We are dying of starvation. I delivered at home and threw the baby in the toilet because I don’t know how we are going to take care of it. I didn’t tell my husband.”

However, the Commissioner of Police in the state, Zaki Ahmed, said the case was being investigated, revealing that the baby had been handed over to social welfare officers at the hospital.