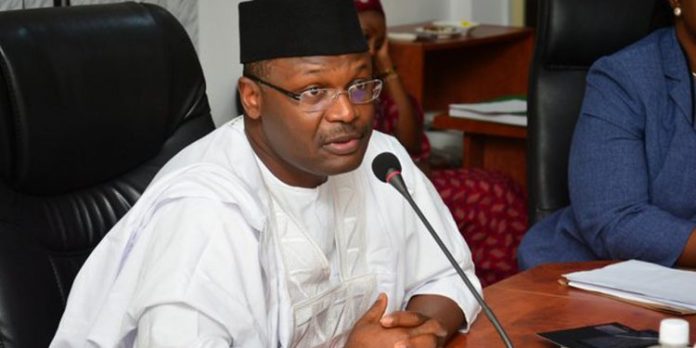 The Independent National Electoral Commission (INEC) has explained why the Peoples Democratic Party (PDP) was excluded from the revised list of candidates for the Anambra governorship election.

On Thursday, INEC released a revised list of candidates for the Anambra governorship poll, scheduled to hold on November 6, and there is currently no candidate for the PDP.
The commission had also excluded the PDP from the first list released on July 16.

Explaining the reason for the decision, Festus Okoye, INEC national commissioner, in an interview with Channels Television on Friday, said the name of the governorship candidate uploaded to the commission’s portal is different from the name affirmed by the court.

Okoye further explained that an appeal court has ruled that the commission should not publish the name of any PDP candidate until the determination of the suit.

On July 19, an Anambra high court ordered INEC to recognise Ugochukwu Uba as the party’s candidate, against Valentine Ozigbo, the preferred candidate of the party’s national working committee.

Speaking further, the INEC commissioner said the PDP would be added to the candidates’ list after the determination of the suit at the court of appeal.

“In relation to the PDP, what happened was that the PDP as a political party uploaded the name and personal particulars of a particular candidate to our nomination portal, and that was the candidate whose name the commission published,” he said.

Thereafter, there was also another court judgement ordering and directing the PDP as a political party to submit the name of a different candidate as the candidate of the party.

“What is going on is what in legal parlance, we call ‘forum shopping’ — people who are looking for a place where they can get a favourable decision,” he said.

“It is important for the judiciary to intervene in what is going on. If this spate of multiple and conflicting court orders is carried forward to the 2023 general election, it is going to have far-reaching consequences on our electoral process.”