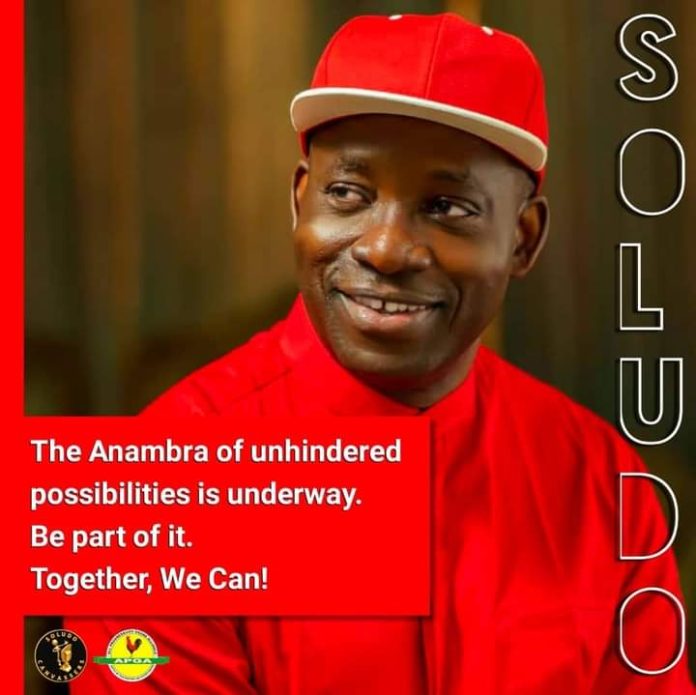 Cee Cee Soludo Media Office attention has been drawn to the above headline published by the Nigerian Trubune Newspaper, online medium, bordering on the statement allegedly made by Prof Chukwuma Charles Soludo, on May 24, 2021 when he was hosted by the Njikoka, Anaocha and Dunukofia Federal Constituency led by Honourable Dozie Ferdinand Nwankwo, Member, Representing the Constituency at the Federal House of Representatives, at his Enugwu-Ukwu country home in Njikoka Local Government Area of Anambra State

For the avoidance of doubt and to keep the records straight, it has become necessary to issue this release to correct the wrong or erroneous impression the misleading headline would have created in the mindset of millions of youths and all Soludo supporters within Anambra State and beyond

However, the true version of what Cee Cee Soludo said at the event while speaking to thousands of jubilant youths and supporters who came to welcome him to the occasion, was to inspire and encourage them to imbibe the spirit of entrepreneurship which is more beneficial and dignifying in the long run than seeking employment in government parastatals which are limited

To further encourage and boost their confidence, Soludo promised to put in place an enabling environment that will help create one thousand youth millionaires every year who will in turn create employment opportunities for others if elected Governor of Anambra State by their support

As usual and most unfortunately, these innocuous statements were deliberately and maliciously ‘twisted’ and taken out of context for a misleading
headline by the Trubune online news blogger to deceive the general public by inferring a different statement which Soludo never made

Without a shadow of doubt, Cee Cee Soludo who had played the role of a father-figure, role model and mentor to a vast majority of Anambra youths and other youths across the federation, will nevertheless, continue to engage and inspire them to aim higher in life, just as he has always professed both in private and public engagements that the future belongs to the youths