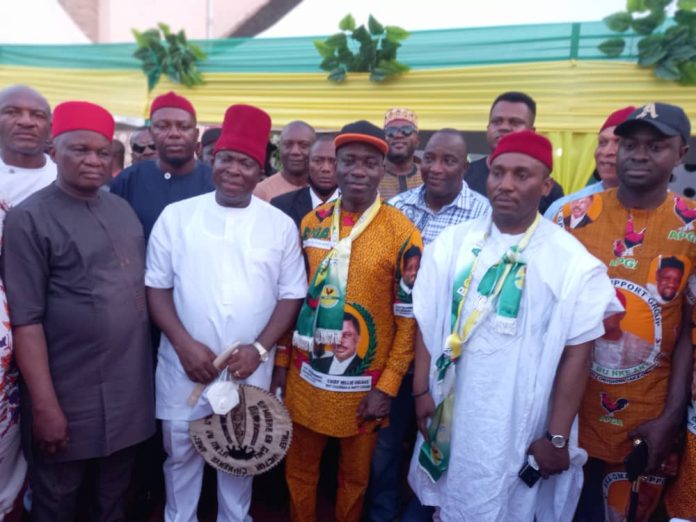 One fascinating thing about a brand is that it has a lifecycle. A brand is more than a physical product. It is further imbued with emotional values that make consumers buy it over and over again. A Brand moves from introduction, growth, maturity and finally, to decline. At all the stages, it strives to have top of mind awareness (TOMA) in its interfaces with its target market. More often than not, brands become household names at the maturity stage.

Brand Soludo Solution today, is at the maturity stage. Getting here has not been a day’s job. It has been a long and gritty journey of scholarship, meritorious consulting at the global scale and outstanding public service; achievements which have widely been acknowledged as stellar.

The outcome of the foregoing is that Soludo today, has become a household name in Anambra with the highest top of the mind awareness, loved, preferred and trusted. How come?

Soludo Solution brings happiness to homes, offices, markets…in short, everywhere, because it has the capacity to solve problems. Soludo is truly going by his track record, a man who sees tomorrow. He is a thinker and doer; rare attributes you hardly find in one person. He has been severally called upon at national and international levels to help humanity resolve some nagging issues. He was part of the eggheads that the world looked up to, in order to halt the 2008/2009 global financial meltdown. The implementation of the NEEDS document which he anchored assisted Nigeria to secure debt relief from the Paris Club.

Since joining APGA, Soludo has been working assiduously in helping the party win electoral victories and achieve growth.

Years after, Ndi Anambra in their numbers, unanimously realised that they need him after the current government, because of the demand for this uncommon gift and skill sets. More than 24 self funded groups are all over the place, drumming support for his Governorship bid. His party, APGA, aware that he has the state wide positive appeal to win both the primaries and the main election, is looking in his direction as their flag bearer. This is a wise and proper thing to do, because the reason for being of a political party is to wrestle and control the machinery of government.

Today, as parties prepare for their primaries, the conversations out there everywhere you go in Anambra is about Soludo and the others in regard to the November 6, 2021 governorship election. And it has become for Soludo, an endorsement galore for him from not just key stakeholders, but from common folks in the streets. As they say, it shall end in praise.