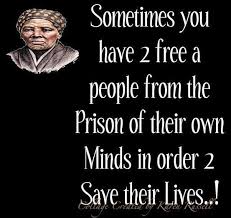 The Okigwe, Imo State base of traffickers exposed

We want our girls back dead or alive –Parents

Following the report early November of the tragic death of 26 young Nigerian ladies trying to cross to Italy in their bid to seek a greener pasture in Europe, parents of daughters that had embarked on a European odyssey have been thrown into turmoil. The emergence of the grisly reality of enslavement of Nigerians in Libya had further stoked the fire of fear and anxiety tormenting parents whose children’s whereabouts are presently unaccounted for.

We spoke with two parents whose daughters had travelled in September and the last heard of them was their being held in the North African country, Libya.  The two families are presently gripped by fear and anxiety, as they could not ascertain if their daughters were alive or not.

One of the distraught parents is Mrs. Josephine Uchenna, a widow from Amasato village in Umulolo community, Okigwe Council Area, Imo State. Her daughter, Chinaneye Uchenna, a 15-year-old, had travelled purportedly to Europe in October. She travelled in the company of two other young ladies. They were chaperoned by an agent that was supposed to oversee their passage through Libya and across the Mediterranean to Austria, where they are to be taken into the employment of a certain Madam Amarachi Chukwuka.

Presently, Mrs Uchenna had no idea where her daughter is, all she knew was they lost track of her when she reached the North African country.

She narrated to Saturday Sun how her teenage daughter was lured to Europe. The haunting episode began in early July. The story revolved around a wealthy Nigerian who needed three young ladies as salesgirls in her shops in Austria where she lived.

“In early July, Mrs Ujunwa Ikechukwu had come to tell me that her sister-in-law, Thankgod, who is based in Europe wanted three young girls to work as salesgirls in Austria. I know that Ujunwa Ikechukwu, her husband, Ikechukwu Mgbemele and his sister Thankgod Mgbemele, are in the business of connecting people with those in Europe who need young ladies to work for them. So Thankgod who is based in Europe asked her brother to scout for young ladies from this village who would be willing to travel to Europe to work.”

She continued “Ikechukwu took my daughter and two other girls from the village to Lagos where they embarked on their journey to Europe. My daughter called me from Lagos and informed me that they all will be travelling to Europe through the sea. When they got to Libya around October, she called me again. That was the last time I heard from her.”

Uchenna felt all went well until she received a call from someone who identified herself as Amarachi Chukwuka, the person whom her daughter was supposed to be working for in Austria. The caller went straight to the point: “Your daughter Chinaneye had not arrived in Austria. All efforts to contact her had been futile.”

The worried mother ran to Ikechukwu who gave her a false assurance that his sister, Thankgod, had called to inform him the girls were already in Austria, safe and sound. That lie soon fell flat, when the news broke in October of the tragic death of 26 young Nigerian ladies trying to reach Italy.

Ikechukwu eventually made a clean breast of it, informing her the girls, including her daughter, are being detained in Libya.

“Ikechukwu came to my house last Tuesday and informed me they want Amarachi Chukwuka who had asked them to bring my daughter to bring money to enable his sister Thankgod to go and secure the release of my daughter and the two other girls,” she recalled. The situation became murkier when according to her, “he said when his sister called Amarachi Chukwuka,  she claimed that she had sent money to both Ikechukwu and the sister for that purpose.”

According to the distraught widow, she has not been able to sleep since then and had been going to both spiritual churches and herbalists to inquire if her daughter is still alive.

The widow currently is confused. “Ikechukwu is from Izuogu in Okigwe. I have told him that if he fails to tell me the whereabouts of my daughter I will inform my husband’s kinsmen about the matter,” she waited.

A father’s travail over an only daughter

Also in the same quandary is Mr. Eugene Mba of the same Amasato Umulolo community. His daughter, Ogechi Mba, 21, also travelled out of the country on the same trip brokered by Ikechukwu Mgbemele.

The widow Uchenna had taken Mgbemele to the Mba household in his quest to find three girls from the community willing to travel to Austria where his sister, Thankgod was sourcing for sales girls.

The last time Mba heard from his daughter was on October 24 when she called to tell her father she and the other two girls from the community had arrived in Libya and were waiting for the person who will take them to Amarachi Chukwuka in Austria.

Mba told us the reason he allowed his only daughter to travel out of the country was that he and Ikechukwu attend the same church and that he was assured his daughter would be travelling to Austria, not Italy.

He said: “Chinaneye’s mother, Josephine, brought Ikechukwu. I and Ikechukwu attend the same prayer ministry. He told me that his sister Thankgod who lives in Austria want four young ladies who would be engaged as sales girls in Austria by one Amarachi Chukwuka who has beauty salons. My daughter already finished her secondary school in 2015 and has also undergone training in computer training.

“On September 1, my daughter, Ogechi, Chinaneye and Ada from Aboh Village in Umulolo left Okigwe for Lagos. They left Lagos on October 4. She called me when they arrived in Libya, and on October 24, she called again to tell me they were still waiting in Libya for the person who would take them to Austria. She told me they were supposed to leave Libya for Austria before October 30.”

As soon as he heard about the tragedy in Italy, Mba called Ikechukwu.

“It was then Ikechukwu called his sister Thankgod who told him that my daughter and the two other girls from the community were among those held in Libya. She disclosed they will be held for at least six months, and that while being held, it would not be possible for them to make phone calls.”

Reacting to this report, Senior Special Assistant to the President on Diaspora and Foreign Affairs, Hon. Abike Dabiri-Erewa commended Saturday Sun for going the extra mile to expose the trafficking syndicate.

“I can assure you that as soon as your report is out, NAPTIP will move into the area for further investigation and necessary action against the identified traffickers. This is also a big lesson to parents who release their children to human traffickers”, the presidential aide stressed.