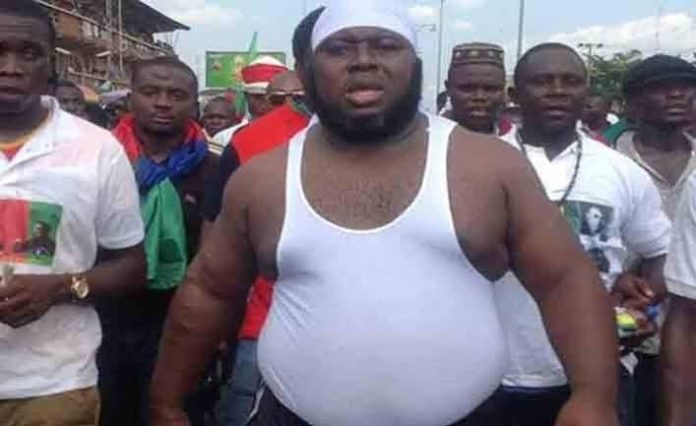 The Biafra National Council BNC, felicitates  with her National Chairman Edi-Abali of Kalabari Kingdom, Alhaji Asari Dokubo on his meritorious emergence as the Head of Biafra De-facto/Customary Government Implementation Committee. The press statement was released to BVI Channel 1 online by the group Spokesman -Mazi Chukwu Sunday and reads in full  ‘ This appointment has further widen the breeze of unity amongst the people of Old Eastern Region to dispel the uncouth distortions and paranoid from the enemies of our souls, the neocolonial slave masters of Nigeria – Fulani, that Igbo are domineering and want to feather its nest on the entire East.

Biafra National Council relates the leadership quality of Chief Asari Dokubo:
1. He is selfless.
2. He honors and respect the place and position of Elders and also do not provoke younger ones.
3. He loves justice.
4. He does not hear the cry of oppressed and remain at ease.
5. He is unassuming.
6. He is bold and lion hearted.
7. He has the fear of God. etc.

Chief Asari Dokubo had once been on muddy waters; stained with murky flush just for his people. He relocated his tent to the thick vegetations and dwell among the wild lives and mosquitoes just because his people need freedom from the hands of the oppressors.
He was later chained with hot irons and dropped incommunicado in his search for justice for his people yet he was not deterred.

We further let Biafrans to know, that a successful leader is the one that has the support of his people – therefore we encourage all hands to be on deck! We appeal for mass movement and solidarity of Biafra people in unity. Cessation of all manner of campaign calumny and character assassination of any of our proven leaders as this will be measured with consequences.

Asari’s emergence can simply be translated as the language of UNIFICATION. In this order we ask all our people rally round him. For the interest of our Commonwealth the Igbo, Okay, Ogoja, Akwa-Cross, Ejeghan, Andoni, Efik, Ogoni etc are to submit men of worthy character to the Interim Biafra Government to form a broad base viability round about our territory. All Pro-Biafra groups are called to embrace this De-facto Customary Government Implementation Committee ably led Asari Dokubo as this is the final push hopefully preceding Biafra full Sovereignty’ the statement concluded