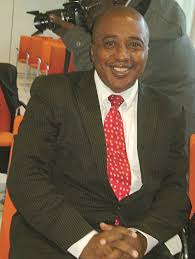 The Chairman of Governing Council of the Customary Government of  Biafra – Barr Emeka Emekesiri has sent a letter of congratulation to Prof Chukwuma Soludo on his victory at the poll to emerge as the Governor-elect of Anambra State. In a statement released to BVI Channel 1 online ,Barr Emeka reminded the Governor -elect that the entire Igbo race expected him to defend and protect the interest of Ndigbo still living in Nigeria.The statement reads in full ”On behalf of all the Biafrans and Biafran activists who believe in the struggle for self-determination by the rule of law, politics and diplomacy, the Customary Government of Biafra congratulates Your Excellency on the victory you have won at the polls to emerge as the Executive Governor of Anambra State.

We make bold to say that it is a well-deserved victory. In fact, we would have been surprised if you did not win the election with a very wide margin. Indeed, the Igbo adage is true that “anya ma oka kara aka”. Most importantly, we give glory to The Lord God Almighty who made it possible and frustrated the evil schemers and enemies of progress.

You came at the right time. Anambra State is the cradle and head of the Igbo Nation. Your emergence as the Executive Governor of Anambra State is a blessing to the Igbo Nation.  We see you as a man on a divine mission to emancipate our nation. You headed the Committee that designed and produced the Economic Master Plan for the development of the South East Region under the leadership of Chief Barr John Nnia Nwodo as the President-General of Ohanaeze Ndigbo.

By this election, you have become the Chief Security Officer of Anambra State with power to protect your region and make peace to reign. We want the example of Anambra State Election to spread to all parts of Eastern Nigeria.

You are aware of our struggle for self-determination starting with Regional Government. It was for this reason that the Customary Government presented the Biafran Memorandum to the National Assembly for restructuring by way of devolution of power to the 6 geopolitical regions so that every Region will govern itself and develop at its own pace within Nigeria until such a time as the people shall decide their political status in a referendum.

The Biafran activists under the Customary Government campaigned for your election and voted for you because you believe in our cause. We have maintained our position on the question of national identity that we are Biafrans by indigenous identity but Nigerians by citizenship until we gain independence from Nigeria by due process of law and political diplomacy.

We are not ashamed of who we are. We are still in Court with the Federal Republic of Nigeria and the Attorney General of the Federation on the issue of self-determination and our documents are in the National Assembly arguing our case.

By this Election in Anambra State, we have proved those Biafran activists wrong who said that votes do not count in Nigeria. We have proved that our votes can count if we vote and insist that there should be no rigging and imposition of stooges and errand boys in our Region. We believe in the use of due process of law and politics to achieve self-determination beginning with Regional Government as practised in the United Kingdom where there are four nations in one country.

In our memorandum presented to the National Assembly, we recommended the British model of political engineering and advocated for restructuring by way of devolution of power to the 6 geopolitical regions in Nigeria so that every region would govern itself and develop at its own pace for now until such a time as the people would conduct a referendum to decide their political future. Let us organize and manage ourselves as a regional bloc first before taking the next step if necessary. Let us do the first thing first.

You were the first Igbo leader who stood up in Abuja and announced the existence of the Customary Government of Biafra during the presentation of the book by Hon Barr Chudi Offodile on the Politics of Biafra and the Future of Nigeria. You were not afraid to tell Abuja and the rest of the world that we had established our Customary Government by the authority of the Elders of Biafraland.

Your Excellency, we pledge our support to your government and promise to work with you to achieve your mission and vision for the Igbo Nation and the Biafrans in general” the statement concluded.
Maureen Okafor writes for BVI Channel 1 Online