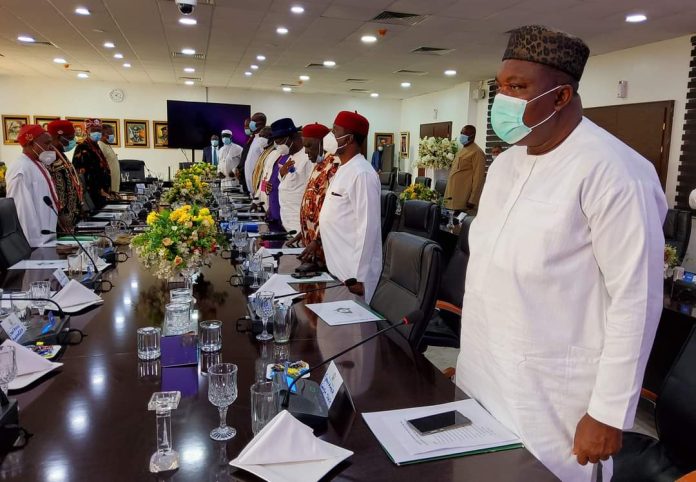 The Enugu State House of Assembly has passed the Prohibition of Open Grazing and Regulation of Cattle Ranching Bill into law.

This is coming two days after the House held a public hearing on the Bill.

The passage the Bill followed the consideration of the Report of Public Hearing presented by Chairman of the joint Committee, Hon. Mrs Amaka Ugwueze and Emma Ugwuerua Ph.D and Okwu Chinedu Co chairmen of the Committee

The bill which was sponsored by the leader of the House, Rt. Hon. Ikechukwu Ezeugwu, would forestall farmers/herders clashes as well as killing and raping of women by herdsmen.

The Speaker of the House, Rt. Hon. Edward Ubosi, had, during the public hearing, said that the anti-open grazing bill is not targeted at anybody or group but to promote peaceful co-existence in the state.