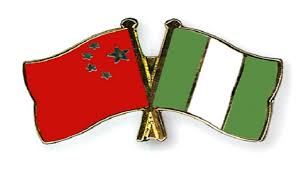 The China EXIM Bank and the China Great Wall have agreed to bankroll the cost of $550 million for the production of two satellites (NigComSat) for Nigeria.

Minister of communication, Adebayo Shittu, made the disclosure while briefing the State House Correspondents after a closed door meeting with President Muhammadu Buhari, on Wednesday.

According to him, the initial plan was for Nigeria to pay 15 percent of $550 million ($82 million) as counterpart funding for the production of the satellites, but because it could not raise the amount, the contract was renegotiated with the China EXIM Bank and the China Great Wall, the manufacturers of the satellites and they have agreed to pay the entire $550 million to procure two new satellites.

Nigerian Communications Satellite Limited had in 2015 opened talks with China for the financing and construction of two new communication satellites at a cost of $701 million.

The new satellites, to be known as NigComSat-2 and NigComSat-3, are to serve as backup to the country’s existing communications satellite, NigComSat-1R, which was put in the orbit in December 2011.

The government targets to market the satellite services to Nigerian companies as well as across the African continent.

The minister said that two satellites will be ready in two years after the signing of the agreement by the end of this month.

Adebayo said, “I’m in the Presidency to see Mr. President and to brief him on three major issues. One, NigComSat, which is one of our agencies where we hope to procure two new satellites from China. Initially the agreement was that they will provide the cost of the two satellite $550 million minus 15 percent which is the counterpart funding. Because we could not afford this 15 percent, we have renegotiated with the China EXIM Bank and the China Great Wall, who are the manufacturers and they have happily agreed to pay the entire $550 million to procure two new satellites.

“The two new ones will ensure that the Nigerian satellite company which is NigComSat can conquer the entire African continent in regard to the provision of satellite communication services. This is a very big business opportunity and I am sure that the Chinese appreciate the potential market which is so vast and that is why they have agreed that even without our ability to contribute 15 percent they are prepared to pay the entire sum of $550 million for the procurement of the two new satellites for Nigeria.”

Asked if $550 million was a loan to Nigeria, Adebayo said, “Is not a loan. It will be equity participation  of the Chinese company into our business.  NigComSat is a limited liability company owned entirely by the federal government. So they are paying that to finance these highly required facilities and we will agree on the percentage sharing. Of course Nigeria has nothing to loss because we are not putting anything into it in terms of financial resources.”

The minister said the President was excited because “the Chinese are not just going to market our satellite to the entire African continent but also perhaps by legislation insists that all Nigerian entities must patronise the Nigerian satellite company rather going to Isreal, UK, US for satellite services. Now we can say by our local content policy we must patronise Nigeria.”

On the number of jobs the government was targeting to generate, Shittu said, “The major issue is not about employment but by providing satellite services to all companies which require it. Currently most Nigerians companies and even Nigerian government establishments patronize foreign satellite companies. So the first thing is that we want to make profit, we want to capture the local market and we also want to capture the African market.”