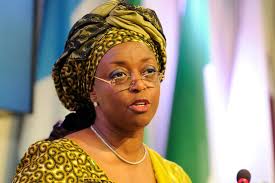 Lagos – A Federal High Court in Lagos, yesterday, ordered the final forfeiture of N7.6 billion being loot recovered from a former Minister of Petroleum Resources, Mrs Diezani Alison-Madueke. This came on a day Charles Oputa, popularly known as Charly Boy, led a protest to the headquarters of the Economic and Financial Crimes Commission, EFCC, Abuja, demanding the extradition of Diezani Alison-Madueke, former Minister of Petroleum Resources, from the UK to Nigeria.

Justice Abdulazeez Anka granted an application by the  EFCC, seeking the final forfeiture of the money to the Federal Government. He said:  “I have read the motion on notice seeking the final forfeiture of the sum of N7.6 billion reasonably suspected to be proceeds of unlawful activity. “I have also gone through the affidavit in support of the application. In the circumstances, I am of the view that the application has merit and is hereby granted as prayed. Parties have a right of appeal.” Moving the application, the EFCC counsel, Mr Rotimi Oyedepo, said the money was part of “huge sums of cash” allegedly diverted by Alison-Madueke from the various subsidiaries of  Nigerian National Petroleum Corporation, NNPC.

According to him, it was fraudulently converted from NNPC by Mrs Deziani Alison-Madueke. Oyedepo added that the anti-graft agency published an advertorial after the court ordered the money’s temporary forfeiture, but no one came forward to claim ownership. In a supporting affidavit to the application, an EFCC investigator, Mr Usman Zakari, said he was part of a team of operatives who investigated an intelligence report that huge sums were laundered by Alison-Madueke. He said the N7.6billion was allegedly looted through former Group Managing Director, Crude Oil Marketing Department, Gbenga Olu Komolafe . Others are the Group Managing Director, Nigerian Products Marketing Company, NPMC, Umar Farouk Ahmed, Stanley Lawson, Babajide Sonoiki and some bank chiefs on behalf of Mrs Alison-Madueke. Zakari said Mrs Alison-Madueke called a bank chief to her office for a meeting where she informed him that some officials of her ministry would be bringing funds to his bank. She allegedly directed that the “funds must neither be credited into any known account not captured in any transactional platforms of the bank.”

Meanwhile, entertainer, Charles Oputa, popularly known as Charly Boy, yesterday, led a protest to the headquarters of the EFCC in Abuja to demand the extradition of Diezani Alison-Madueke   from the UK to Nigeria. The protesters, who converged on the premises of the anti-graft agency, wielded a banner which comically read, ‘Bring Back Diezani Alison-Madueke’. Charly Boy said: “Nigerians are suffering, while she, like many other looters, is enjoying in London. “Let her come and clear herself, and if that is not possible, let them assist the United Kingdom to prosecute her, because corruption must not go unpunished.” The entertainer and activist maintained that the group was set to stage a series of daily sit-out in front of the EFCC headquarters until their demand was met.

Responding on behalf of the commission , the Secretary to the EFCC, Mr. Emmanuel Aremu, said the commission would take necessary steps to ensure that Diezani was repatriated to answer the allegations. He, however, urged the group to exercise patience while keeping faith with the commission as it delivers on its anti-graft mandate, saying due process must be followed in Diezani’s case.