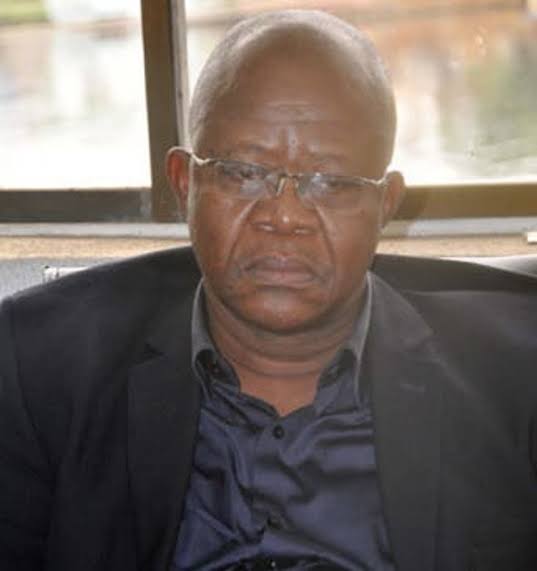 Igbo president” no longer pulls gravity with me. The time I was looking for it is passed. I looked for it in 1983 towards 1987 because I felt it would hasten Igbo reintegration after the civil war. The Northern military boys thwarted it with the coup led by Major General Muhammadu Buhari.

I actually worked towards it in 1998/1999 when Dr. Alex Ekwueme seemed the logical and imminent next president after the military handover of power. But the same Northern military generals in cahoots with their civilian cohorts not only forbade the North from running for the presidency, but they also zoned power to the South West as a compensation for their utter destruction of MKO Abiola and his presidential mandate. They brought out Gen. Olusegun Obasanjo whom they had jailed for an alleged coup plot. They made him president, hoping to collect the power back after only four years.

Now, with Buhari’s second tenure about to end in 2023 the debate about a possible “Igbo president” 2023 has been fronted mostly from unusual quarters: the North! We have already heard the perspectives dropped by the late Alhaji Ismaila Isa Funtua, Buhari’s influential nephew and renowned journalist, Mamman Daura; elder statesman, Alhaji Tanko Yakassai, among others. We’ve also read Dr. Chidi Amuta’s essay on the topic and Bishop Matthew Hassan Kukah’s rejoinder. Even, some Igbo political busybodies are already cat-walking towards “negotiating” with other Nigerians for “Igbo president 2023”.

It will be long after the generation that fought the civil war on both sides have completely expired along with the centralised federal system they foisted on Nigerians to keep them tethered to the imperial interests of the Sokoto Caliphate.

Two other events convinced me that Nigerians are not interested in allowing an Igbo person to lead them. In 2007 after Obasanjo completed his two terms and failed to secure a third term, he was briefly tempted to spite the North for their role in scuppering his pipedream by keeping the presidency in the South.

This perception encouraged Dr. Peter Odili, Governor of Rivers State, a very powerful Obasanjo ally(or so it seemed), to launch his presidential bid.

Though the North was clamouring for their “turn” to be respected, Odili appeared to have made serious inroads in the region. Then, suddenly, Obasanjo decided to respect the Peoples Democratic Party, PDP, zoning arrangement, and return the presidency to the North. He picked Governor Umaru Yar’ Adua of Katsina as his successor.

Obasanjo was widely expected to compensate Odili with the VP for all the oil-state governor did in support of his presidency. But Ijaw leader, Chief Edwin Clark, kept reminding Obasanjo that Odili was an “Igbo” man. He fiercely argued that the Vice President should be given to the real minorities (obviously his Ijaw kinsmen) of the region and not an “Igbo man”!

Funny, here was Odili calling himself a “Rivers man” (as if “Rivers” is an ethnic group) and there was Clark telling him to his face that he was an Igbo man! A person can choose to play the ostrich and bury his head in the sand, but he cannot stop onlookers from reminding him that his rear end is in plain view.

Obasanjo went to Ijaw state, Bayelsa, and picked Governor Goodluck Jonathan (who was running for re-election) as Yar’ Adua’s vice president. He had a chance to give the favour to his political ally of Igbo background, Odili, but he gave it to Jonathan instead. You know, at that juncture, Obasanjo was a visible little god with the power to give away the presidency just as he liked! Now, look at this. When Yar’ was taken to Saudi Arabia for treatment from which he never recovered, the North realised that there would soon be a vacancy in Aso Villa. They started angling to replace him with a Northerner. The Igbo nation was at the forefront of Nigerians of good conscience who insisted that the Constitution must be obeyed, and Jonathan must be sworn-in as president.

Not only that, the Igbo nation, in 2010/2011, reaffirmed their total support for Jonathan. They not only voluntarily abstained from challenging for president at a summit in Enugu (which I attended), they gave Jonathan the largest mandate ever given to any politician by them.

They helped Jonathan, a Minority from the smallest state in Nigeria, to defeat a Northern cult figure, Buhari. They re-enacted the same commitment in the 2015 Jonathan’s failed attempt at reelection.

Till today, the Igbo nation remains Jonathan’s strongest defenders even as some of his kinsmen (including Jonathan himself) had since been hobnobbing with the Buhari government, falling over one another for crumbs of the bread baked in their own backyard!

There was a strategic focus for the strong Igbo support for Jonathan despite the fact that he did not do much (project-wise) for them during his five and half years in power (except giving Dim Chukwuemeka Odumegwu Ojukwu a head of state’s burial and favouring many Igbo politicians with juicy appointments). Igbo leaders realised that building a South East/South-South solidarity was more important than being made president of Nigeria who will not be allowed to make the necessary changes to put the country back on track.

There will be the third part of this article next Wednesday, the Almighty God willing. I will explain the South East/South-South project further and adumbrate on why I no longer see the “Igbo president” as a worthwhile pursuit.