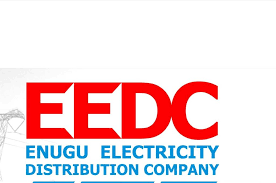 1. The meeting was called at the instance of EEDC through their letter dated 7th January, 2020 in response to our letter dated 6th January, 2020.
2. The meeting took place at the Corporate Head office of EEDC at Okpara Avenue Enugu.
3. The EEDC first acknowledged that they only applied for removal of already installed metres and estimated billing to Federal government through regulatory authority called Nigerian Electricity Regulatory Commission for approval but has not gotten the approval prior to the commencement of the exercise. That means they are operating in illegality.
4. The EEDC accepted that it was only southeast (Ndigbo) that was affected out of the eleven DISCOs. That means it was a premeditated issue on the part of EEDC.
5. EEDC Team tried to whip sentiments that NUF should be considerate as the Company is owned by OUR BROTHERS. Meaning that they deliberately plotted the ongoing onslaught against THEIR BROTHERS AND SISTERS.
6. They claimed that ONLY 40,000 meters were faulty and affected. When asked why they compelled people that had no meter to fill Forms to migrate to estimated billings, they had no answer.
7. The Team showed no remorse at their illegal action to the Igbo nation.
NUF DECISION:
Compatriots, its evidently clear that EEDC Management acted deliberately to hurt our psyche and further impoverish us.
Consequently, NUF will:
1. Wait till Friday 10th January to get and assimilate the content of their response to the meeting.
2. In the interim, we urge Ndigbo in general not to allow anyone remove your existing meter without immediate  replacement;
3. They claimed that a new meter is approximately N39,000. NERC opposes payment of prepaid meters. Ndigbo is therefore advised NEVER to pay for any meter henceforth.
4. Furthermore, Ndigbo is hereby asked never to allow any EEDC staff or her agents to disconnect your lights.
5. Subject to the content of their letter, if found to be inconsistent to our demands, we shall have no option than to update you on our next line of action towards occupying their offices in Southeast. For now, let’s give them benefits of doubt and exhaust every plausible means of decent negotiations.
_From_
*NDI IGBO UNITED FORUM*
Media and Publicity DeptI