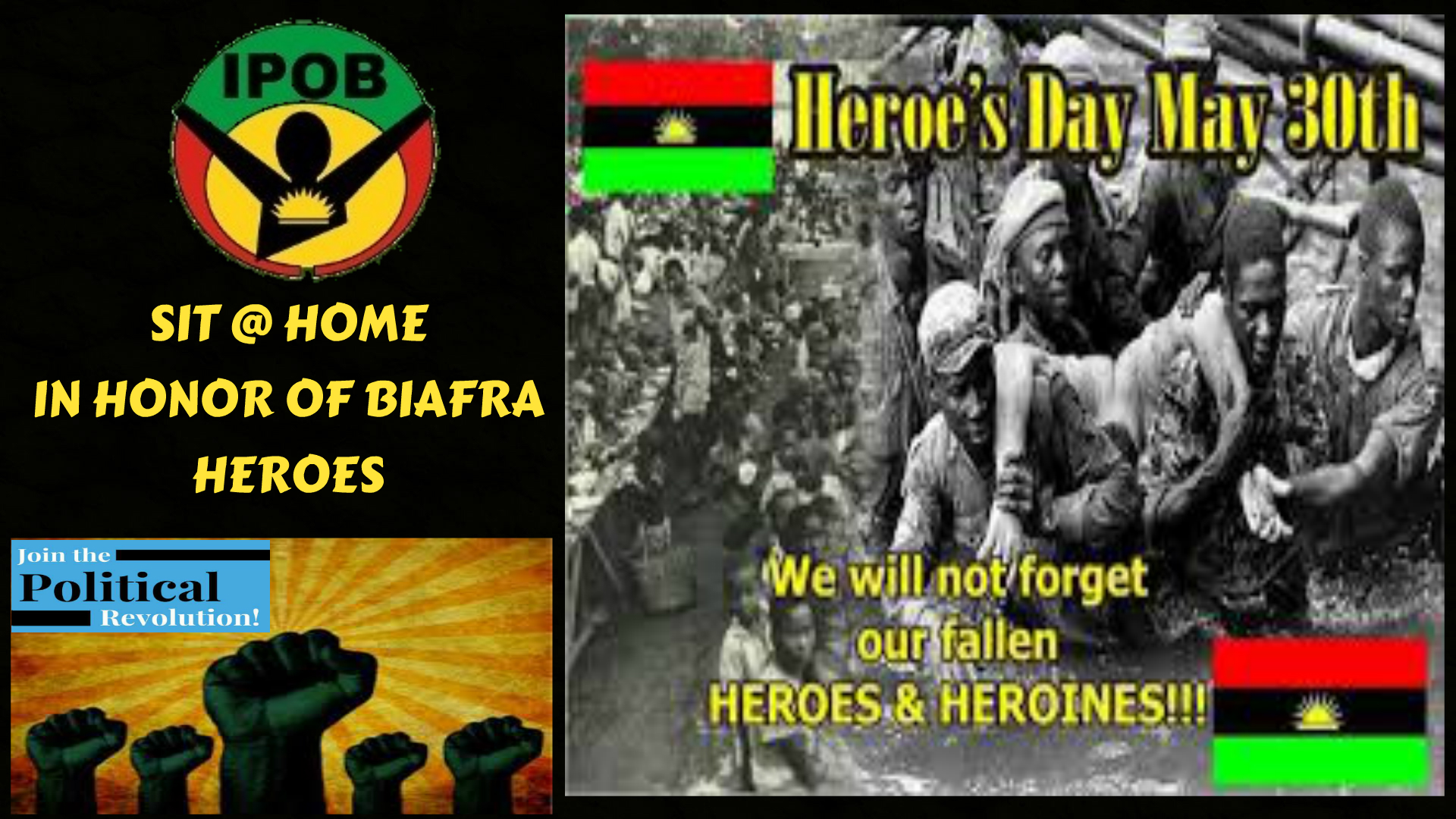 The Indigenous People of Biafra has asked its supporters not to leave their homes on May 30.

IPOB said the ‘sit-at-home’ order was issued to honour the Biafran indigenes who lost their lives in sectarian killings in the country from 1945 to date.

It enjoined Igbo, Ijaw, Annang, Efik, Idoma, Igallah and all those who believe in the Biafra ideology to shut down their businesses and stay at home on the day.

The IPOB spokesperson said prayers would be held at designated places to mark the day.

The statement read in part, “The Indigenous People of Biafra and its leadership worldwide would like to use this opportunity to inform Biafrans, friends of Biafra, and lovers of freedom all over the world, to prepare for the historic annual Biafra Day of Remembrance 2017.

“Our heroes and heroines of the class of 1967-1970, who paid the ultimate price in defence of the dignity of the black race during this genocidal war against the people of Biafra, will be remembered and honoured in the finest traditions of IPOB.

“This annual event for 2017 has been designated a day of prayer, fasting, supplication and introspection.

“Also, all victims of state-sponsored genocide, from the Jos massacre of Biafran people in 1945 to the most recent Asaba massacre in 2017 at an IPOB meeting by the Nigerian Army, will all be honoured.”