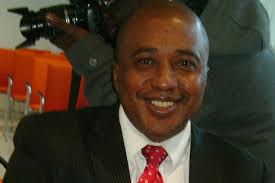 1. The Customary Government of Biafra (being the Plaintiff in the on-going case between Biafra and Nigeria in Suit No FHC/EN/CS/103/2019 now in the Court of Appeal) has seen the publication circulating on the social media described as a kite flown by the Federal Government on Restructuring. It is called The Nigerian Economic Restructuring Bill 2021.

2. We have enquired from the Senate and were informed that such a Bill is not before the National Assembly. We therefore believe that it is a propaganda kite being flown by the Defendants to sway and influence the mind of the public. It seeks to divert attention from the main issues and problems troubling the country by proposing seven States for each Region to make us believe that the Defendants have agreed to create equity and justice in the polity. It proposes to create two additional States for the South East to be called Anioma State with the capital at Asaba and Orashi State with the capital at Omoku.

3. The Defendants are trying in vain to avoid the total restructuring of Nigeria by way of devolution of power to the Regions. We are not talking about creation of additional States but creation of Regional Governments so that every Region will govern itself and develop at its own pace and pay the agreed percentage tax to the Federal Government. Regional Autonomy is the minimum we can accept from the Defendants otherwise Nigeria will certainly disintegrate. In our Originating Summons we had formulated the following issues for determination and made the following prayers:

(1) Whether, notwithstanding and in the absence of any directions, instructions, promises or offers from the Defendants, the members of the Claimant have the legal and inalienable right to self-determination pursuant to Articles 19 – 25 of the African Charter on Human and Peoples’ Rights (Ratification and Enforcement) Act, Cap A9 Laws of the Federation of Nigeria 2004 (Cap 10 LFN 1990)

(2) Whether the right of self-determination provided under Article 20 of the African Charter on Human and Peoples’ Rights (Ratification and Enforcement) Act overrides and supersedes the provisions of Sections 1 and 2 of the Constitution of the Federal Republic of Nigeria 1999 pursuant to the Judicial Authority in the case of IGP v ANPP (2007) 18 NWLR (Pt. 1066) 457 at 500, Para B – C

(3) Whether the amalgamation of the members of the claimant with the peoples of other ethnic nationalities in the south and north by the British Government to form one country called Nigeria was with the consent and agreement of the indigenous peoples of the lands; and if the answer is in the negative, whether the Order-in-Council 1910 – 1913 made by the British Government to create Nigeria in 1914 was null and void ab initio for lacking legitimacy as it could not form the basis of the Nigerian Constitution thereby rendering the amalgamation invalid.

(5) An Order declaring that the amalgamation of the members of the claimant and all the indigenous peoples of the lands by the British Government to form a new country in 1914 called Nigeria without the consent of the peoples of the lands is null and void ab initio for lacking legitimacy and therefore the peoples should be returned to their socio-political condition status quo ante prior to the amalgamation; or in the alternative, an Order compelling the Defendants to convoke a sovereign conference of the ethnic nationalities that make up Nigeria to decide and negotiate freely the terms of their co-existence without the interference of the Defendants.

4. Devolution of Power to the Regions to create autonomous regional governments is the only solution to the Nigerian problems. Every Region must be given the power to govern itself. This means that the Nigerian Constitution must be amended to create Regional Autonomy.

5. Section 2(1) of the Nigerian Constitution provides that Nigeria is one indivisible and indissoluble Sovereign State to be known by the name of the Federal Republic of Nigeria. Although we have made our argument in Court that Section 2(1) is not sacrosanct and provided evidence to support the argument that the Federation of Nigeria is divisible and dissoluble, we shall not pursue the same argument in the National Assembly as the Defendants are now seeking for political solution to the dispute. We shall rather push for the re-engineering of the Nigerian Structure to create Regional Autonomy.

7. Therefore, the Customary Government of Indigenous People of Biafra presented the Memorandum to the National Assembly and provided the following solutions:

(1) On the issue of devolution of power, we propose:

(a) That Section 2(1) of the Constitution be amended as follows:

“Nigeria is one indivisible and indissoluble Sovereign State to be known by the name of the Federal Republic of Nigeria without prejudice to the fundamental right of the people of any federating unit in the exercise of their right to self-determination by the rule of law”.

(b) That Section 2(2) of the Constitution be amended as follows:

(c) That Section 3(1) of the Constitution be amended as follows:

“There shall be six Regions in Nigeria with thirty-six States as shown in the first column of Part 1 of the First Schedule to this Constitution without prejudice to the right of any region to create additional States within the Region or merge the existing States into one by a bill passed into law by the House of Parliament of the Region.”

(d) That an additional section be added as Section 3(7) as follows:

“Notwithstanding the provisions of sections 3(1) and 3(6) of this Constitution, the House of Parliament of every region shall have the power to organize the region and create such other political units as districts and councils or convert the existing states and local governments to districts and local councils in accordance with the need of the people”.

8. On the issue of Public Revenue, Fiscal Federalism and Revenue Allocation, the Biafran Memorandum referred to Paragraph 5 of the Proposal submitted by Barrister Emeka Emekesiri to the Federal Government of Nigeria in 2006 when he was the spokesman of Igbo Lawyers in Rivers State titled “The Road Map to Peace and Development in the Niger Delta” in which he proffered the solution as follows:

(a) Restore the Ancient Landmark of 50% Derivation Formula:

(i) God Almighty, the fountain of justice and truth, has commanded all mankind saying, “Remove not the ancient landmark which thy fathers have set” (Proverbs 22:28, The Holy Bible). In Article viii of the Kaiama Declaration, the Ijaw Youth Council traced the history of the removal of the ancient revenue formula as follows:

(ii) It is pertinent to note that as at the date when the Kaiama Declaration was made in 1998, the present 13% derivation formula contained in the 1999 Constitution was not yet implemented. An article written by Senator David Dafinone on “Resource Control: Economic and Political Dimensions” and reported by Dr. Steve Azaiki in his book, INEQUITIES IN NIGERIAN POLITICS, 2003, Page 163, stated as follows:

“The 1963 Republican Constitution was not a perfect document but its stance was clear on the issue of the society, issues that were central to federalism. It directed that revenues from imports be paid 100% to the State in the proportion of the consumption of the product. The same goes for excise duty: 100% payment to the State according to the proportion of the duty collected. For minerals, the Constitution shared the revenue in the proportion of 50:20:30. That is, 50% for derivation, 20% to the Federal Government and the remaining 30% paid into the distributable pool to be shared among the States including the donor States”.

(iii) The Derivation Formula of 50:20:30 is the ancient landmark which our forefathers set in motion at Independence for justice and equity in the Nigerian polity. It started in 1960, but was changed to 45% in 1970 by General Yakubu Gowon’s Government and further reduced by his successors progressively down to 1.5% before the South East delegates went to the Abacha Constitutional Conference in 1995 and argued for increase of the derivation formula now to 13%, rotational presidency and creation of the six geopolitical regions. For removing this ancient landmark which their forefathers set at independence, Nigerians shall have no peace until justice is done.

(iv) Beginning at the Independence, other regions were receiving the 50% derivation and earning more revenue while Niger Delta earned less. Now that the table has turned, the 50% derivation was abolished. It is wickedness to remove the goal posts in the middle of the game when the losing side is about to score an equalizing goal. The elders of the South-South Zone at the Nigerian Political Reform Conference demanded for 50% Derivation graduated from 25% over a 5-year period. Their demand is fair and just. In fact they were very kind to have demanded it in a graduated scale to stabilize in the 5th year. The strictest sense of justice requires that the 50% Derivation should start with immediate effect, but the elders of the South-South Zone decided to temper justice with mercy. The argument by Northerners that the leaders of the South-South misused the 13% meant for their people and therefore should not be given 50% is a blind argument. Give the people what belongs to them, and stop diversionary argument! After all, the principle of federalism guarantees resource control to every region. Restore the ancient landmark of Derivation Principle of 50:20:30 which your fathers set at Independence otherwise you shall have no peace.

9. Considering that we have advocated for the Regions to become political units created by the Constitution under section 3(1), the derivation formula and revenue allocation under Section 162(2) of the Constitution shall therefore be as follows:

(i) 50% to the Region
(ii) 20% to the Federal Government
(iii) 30% to the distributable pool to be shared equally by all the regions including the donor regions.

10. The above formula was what our founding fathers agreed at the Lancaster Conference in London in 1958 which formed the basis of the federation with three Regions culminating in the Independence Constitution of 1960. Now we have six Regions for better balance and equity in the polity. We think that the Defendants are flying a kite of deception by stating as follows: “Over a 35 year period, we gradually migrate back to the 1957/58 revenue sharing formula agreed by our founding fathers at the Lancaster House Conferences in London under which the federating units will control all the resources within their domains and remit 50% to the centre”. It is a lie. It was 20% that was remitted to the centre and not 50%. We reject the deceptive kite being flown by the Defendants to enslave the people again.

11. Although we had argued in Court that the amalgamation of the various ethnic nationalities to create a new country called “Nigeria” without the consent of the indigenous peoples of the lands was unlawful and therefore null and void ab initio, we think that the concept of “Restructuring of Nigeria” is similar to the concept of finding a solution to the structural defects in a building. We know that structural defects on the foundation of a building will cause the building to collapse. It is our submission that Nigeria will certainly collapse if there is no urgent remedial work on the foundation. The foundation of Nigeria is the Constitution of the Federal Republic of Nigeria.

12. To save Nigeria, there must be a fundamental restructuring of the Nigerian Federation by an overhaul amendment of the Nigerian Constitution to accord with the will and yearnings of the people for freedom. It must be the peoples’ Constitution. At the moment, we are advocating for freedom within Nigeria by way of Regional Autonomy. This is what the majority of Nigerians want now. Let every Region in Nigeria govern itself and develop at its own pace just like we have the four autonomous Regions of England, Scotland, Northern Ireland and Wales in the United Kingdom. This is our minimum demand as presented to the National Assembly in our Memorandum for Devolution of Power otherwise Nigeria shall certainly disintegrate by itself. If Nigeria disintegrates by forces beyond human control, the present leaders of Nigeria must be held responsible.