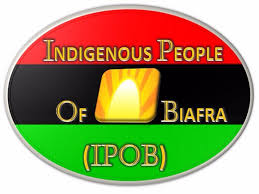 The Indigenous People of Biafra on Thursday described as “a shame” the Ohanaeze Ndigbo leadership and the South-East governors failed bid to clinch the office of the Secretary to the Government of the Federation to the geopolitical zone.

President Muhammadu Buhari recently appointed Mr. Boss Mustapha as the new Secretary to the Government of the Federation.

This was after the President accepted the recommendation of the panel to terminate the appointment of the former SGF, Mr. Babachir Lawal.

In a statement by IPOB’s Media and Publicity Secretary, Emma Powerful, IPOB said its leader, Nnamdi Kanu, was visionary and prophetic to see that there was no place for the Igbo in Nigeria.

The group’s statement read in part, “The Indigenous People of Biafra under the command and leadership of Mazi Nnamdi Kanu, the greatest prophet, seer and visionary of all time, notes with sadness and utter humiliation, the belittling of Ohanaeze Ndigbo, South-East governors and the entire south-eastern political class over the rejection of an Igboman for the lowly position of the Secretary to the Government of the Federation by Buhari’s administration.

“Despite lobbying discreetly and openly for this somewhat inconsequential position of SGF for months, the entire political class in the South-East were roundly rebuffed by Muhammadu Buhari, who instead gave the position to another northerner.“This has left the supposed apex socio-cultural organisation to take to the pages of newspaper to vent their frustrations at Buhari; a very unedifying spectacle unworthy of leaders of a once proud and gifted race.

“To make matters worse, this public rejection of Ohanaeze Ndigbo and repudiation of the values of the Igbo political elite by the Buhari administration is a confirmation, if such were needed, that the hasty proscription and banning of IPOB was a costly mistake on their part.

“They failed to appreciate that without the impetus and urgency that IPOB provided, any request made to the government of Nigeria to right the injustices meted out to south-easterners is bound to fail.”