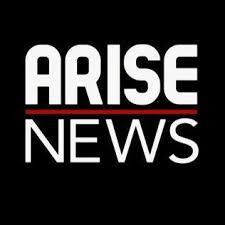 *Arise TV And The Quality Of People In Your Circle.*

For all the chaos and anarchy that currently pervades the land, Arise Tv seems to be the poster boy of the resistance of young Nigerians to the establishment and one of the biggest winners from this protest.

What many people did not know is that Arise Tv did not have it rosy in the past.

*Arise TV which is owned by Nduka Obaigbena (Publisher of This Day Newspaper) started operations in 2013.*

Just like new startups in this part, the business struggled to gain traction and faced severe revenue challenge.

*Arise TV struggled at a point to pay staff salaries and Staff were resigning en masse.*

The new TV could not meet its financial obligations to news services Reuters and Associated Press for payment for photos provided by the two organizations.

Nduka Obiegbena was forced to shut the TV station down in 2016 out of frustration at the slow pace of business.

*His case was made worse when 62 staff of the company began legal action for non-payment of wages.*

Speaking to The Independent, Production Editor David Lee, who claims he is owed £20,000 in wages, expressed frustration with the current situation.

“It’s disgusting, now I’m faced with a tax bill that I can’t pay. Two staff in the New York office have lost their houses because they were unable to make their monthly mortgage repayments,” Mr. Lee stated.

Yet, Mr. Obaigbena disputed some of the wage claims.

“We are in dispute…with some who made invalid claims which we discovered during a routine audit.

“The courts may have to determine this. Some saw Arise as a gravy train to take advantage of. They are wrong,” he told The Independent.

The media mogul has also expressed confidence that his company will ride out the recent financial troubles. In his conversation with The Independent, he expressed a belief that Arise would be able to complete its “five-year launch plan”.

“As a new business still in the investment stage the revenue generation stage takes time and stability.”

“We are in a marathon and not a sprint,” he argued.

*Arise TV later restrategized and relaunched after clearing its debts to former staff and contractors but here is one remarkable thing that happened:*

*Africa’s richest man Aliko Dangote rallied his billionaire friends in his circle like Femi Otedola, Jim Ovia, Herbert Wigwe and Sam Iwejuoku and they all agreed to give Arise TV a lifeline by giving the then struggling TV company one year uninterrupted TV commercial patronage from the different brands and businesses that they controlled.*

That lifeline from Nduka friends helped Arise TV to start operations again and today, they are the toast of Nigerians over the professional way they have covered this protest ever since it started.

*Aliko Dangote rallied his fellow billionaires to come to the aid of Nduka for one reason: Nduka is their friend, he is a member of the elitist Lagos boat club that they all belong to and they share the same brotherhood by being members of that Lagos boat club.*

*Also Aliko did not forget that when Femi Otedola and himself had issues in the past which was brutal and bloody, it was Nduka that rallied his friends to reconcile the two warring friends.*

*So to my under 40 young friends, who are your friends?*

*Who is in your circle of support?*

Can your friends raise 5 million naira for your business if your business is facing revenue challenge today or do you guys spend the whole day drinking beer or discussing sexual escapades with women or do you discuss make up, fashion and men for women?

*I don’t know about you but I’m very intentional and selective with the people I allow in my circle because I have come to realize that the quality of the people in your circle determines how far you go in life.*

*Your circle of friends determines your net worth.*

It is that simple.

If we don’t share the mindset and values, there is no reason for spending time with you.

We are better off as acquaintance than friends.

Im so happy for Nduka.

His bet on Arise TV has finally paid off and looking back, he will tell himself that yay! it was worth the gamble and the risk.