Home Nigeria News My Coming Back Not In Sight; Buhari Tells Nigerians. 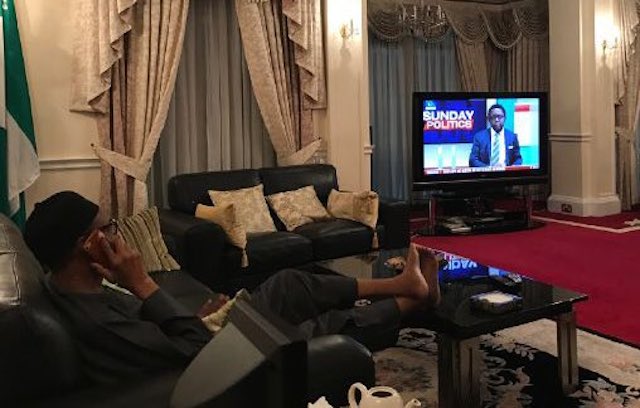 ABUJA – PRESIDENT Muhammadu Buhari has said that he needs a longer time to rest in London, United Kingdom, where he is on medical vacation.

The President said his need for further rest is necessitated by the series of medical tests  conducted on him.

Expressing gratitude to Nigerians, who had been praying for him, he, however, said there is no cause for alarm.

The President’s appreciation was contained in a brief statement by his Special Adviser on Media and Publicity, Mr. Femi Adesina, yesterday.

The polity was awash with mixed reactions, yesterday, following President  Buhari’s comments that he needs a longer time to rest in London. While some  okayed further rest for him, others urged the presidency to be open about  Buhari’s health status and stop taking Nigerians for granted.

Also, the Acting President has sent the name of a non-career ambassadorial nominee from Ogun State to the Senate for confirmation.

No cause for worry – Buhari

Adesina’s statement read:  “President Muhammadu Buhari thanks millions of Nigerians who have been sending good wishes and praying for his health and well-being in mosques and churches throughout the country.

“The President is immensely grateful for the prayers, show of love and concern.  President Buhari wishes to reassure Nigerians that there is no cause for worry.

“During his normal annual checkup, tests showed he needed a longer period of rest, necessitating the President staying longer than originally planned.”

He was due to return after 10 official days but at the expiration of the period, he wrote to the National Assembly, extending his medical vacation indefinitely.

The continued stay of the President has, however, brewed controversy, dividing Nigerians in many respects.

The interview, at the Old Banquet Hall, Abuja, after a meeting on Promoting Effective Policy Monitoring and Evaluating and Performance of Ministers, Department and Agencies in the implementation of the 2016 Budget of Change organized by the Ministry of Budget and National Planning, went thus: