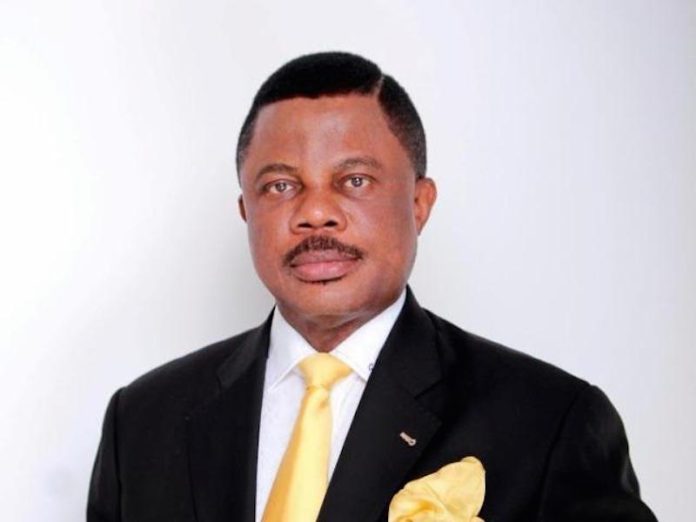 Anambra State governor, Willie Obiano has reacted to the statement by the Indigenous People of Biafra, IPOB, in which they alleged that the Pro-Biafra group alleged that the Governor funded the arrest of her leader, Mazi Nnamdi Kanu at Kenya.

The Governor denied the claim by IPOB and said that its a plot by mischief makers as he doesn’t have any hand in the arrest of Mr. Kanu.
In a statement by James Eze, Chief Press Secretary to the Governor, Obiano said had no hand in any plot against Mazi Nnamdi Kanu and enjoined the public to disregard the report.

Our attention has been drawn to a story in Saharareporters.com alleging that the Governor of Anambra State, His Excellency, Chief Willie Obiano was involved in the plot to kidnap and repatriate Mazi Nnamdi Kanu, the leader of the Indigenous Peoples of Biafra (IPOB) from Kenya to Nigeria.”

”The general public is enjoined to disregard that story because it is totally false without the tinniest grain of truth. The governor of Anambra State had no hand in any plot against Mazi Nnamdi Kanu.”

It should be crystal clear to anyone that the Federal Government of Nigeria headed by Muhammadu Buhari as the President and Commander in Chief of the Nigerian Armed Forces, does not need the assistance of a governor who has no control over any security and intelligence architecture to do whatever it wants to do.”

“The report is therefore a deliberate act of mischief that should be ignored by the general public.”