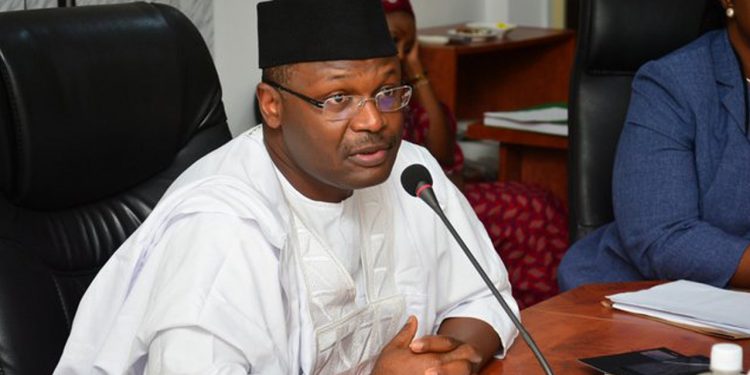 Worried about the irregularities which characterised the February 23 presidential and National Assembly elections, the  Independent National Electoral Commission (INEC) has threatened to cancel Saturday’s polls in any poling unit where there is no compliance with Smart Card Readers to accredit voters.

INEC National Commissioner and Chairman of the Information and Voter Education Committee, Festus Okoye, disclosed this in a statement issued in Abuja, yesterday.

“Since the conduct of the February 23 presidential and National Assembly elections, there have been allegations from certain quarters that INEC was selective in its use of smart card readers in its conduct of the elections.

“These allegations have led to speculations that INEC may be forced to jettison their use on March 9.

“INEC hereby states categorically that the allegations are absolutely false and the speculations are without any basis whatsoever. The use of the smart card readers is not only mandatory, but its deliberate non-use attracts the sanction of possible prosecution of erring officials in accordance with the INEC Regulations and Guidelines for the conduct of elections.

“This is in addition to the voiding of any result emanating from such units or areas, as was done in the presidential and National Assembly elections of February 23.

“The general public and all officials engaged for the elections are hereby informed that the Commission is not reconsidering the use of these Smart Card Readers which has greatly improved the credibility of our elections and instilled a high level of public trust in them.

“To clear any doubt or ambiguity, we wish to state that the deployment and mandatory use of smart card readers in Saturday’s elections will not only be uniform but also universal, and the provisions of the Regulations and Guidelines will be strictly and vigorously enforced. All stakeholders are to note and be guided accordingly, please,” INEC said.

In Niger State, the Resident Electoral Commissioner, Professor Sam Egwu, handed down the warning in Minna, the state capital, yesterday, after inspecting materials for the governorship and House of Assembly elections.

In a related development, the Resident Electoral Commissioner in Ebonyi State, Professor Godswill Obioma, yesterday, said any polling unit where voting is conducted without accreditation of voters with the smart card reader would also have zero result.

Obioma stated this during a consultative meeting with stakeholders at the state INEC headquarters in Abakaliki, the state capital.

“In the event that the smartcard reader reads only the name and the thumbprint could not bring up the face, the next is stage is that that person’s name will be checked in the register.

“If the person’s name is in the register, the name will be ticked and the person will be given a ballot paper to go and vote because the smartcard has accredited that person. There is no manual voting. There is nothing like manual voting. In any polling unit where people did not seek accreditation before they go and vote, the presiding officer has been instructed to return zero result. There will be no result at all.

“If the smart card reader starts malfunctioning, they should be patient to wait for the replacement or adjustment. It is not wise for people to rush and do manual voting,” said Obioma.