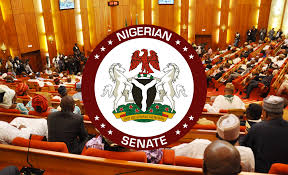 The Senate Committee on Power has queried the Minister of State for Power, Works and Housing, Mr. Mustapha Baba Shehuri and the Permanent Secretary, Mr. Loius Edozien, over alleged duplication of items in the 2018 budget estimates of the Power ministry.

In the details of the ministry’s next year’s budget, which were made available during yesterday’s budget defence, N120 million, N480 million and N288 million, respectively, were allocated for the purchase of utility vehicles by the Power ministry.

The ministry also voted N100 million for transfer and management of office files and documents. Lawmakers complained about the ministry’s penchant for repetition of projects. They said every year,  the ministry presents the same items in its budget and asks for more funds to execute the same projects.

He also instructed the minister of state and the permanent secretary to explain how the ministry plans to spend N100 million to transfer files, in spite of another huge provision for ICT.

“I need to understand this thing. Look at the      marked N120 million, N288 million and N480       million for the purchase of vehicles. I do not understand. Are these vehicles different? If you add up this figure, it gives you about N888 million.

“You also said you want to spend N100 million on transfer of office files. How do you intend to do that? The people in your office, what have they been doing? I can also see, from your estimates here, that you captured another item for ICT, different from the N100 million for transfer of files. You need to explain these things,” Ordia said.

Senator Hassan Mohammed from Yobe State said lawmakers are tired of being bombarded every year with the same line items in the budget. He urged the Ministry to put its house in order.

Committee Chairman, Senator Enyinnaya Abaribe, who presided over the budget defence, revealed that the ministry’s 2017 capital budget only recorded 18 per cent performance.

“We will take it that the 2017 budget was abysmally low, at only 18 per cent performance. This is unacceptable and I need to put it on record,” said Abaribe.

There was mild drama when Shehuri could not respond to questions posed to him by the committee members. Instead, he appealed to them to allow Edozien provide answers on his behalf.

His appeal was rejected by lawmakers.

“You were sent here to represent the minister. It means you are here to respond to our questions. Last week, we invited the permanent secretary to respond. Today (yesterday), it is your turn.

“My colleagues asked me how come you are the person here and not Fashola? But, I told them since you are also a minister, you could be here too, on behalf of your minister,” Abaribe told Shehuri.

Meanwhile, the substantive Minister of Power, Works and Housing, Mr. Babatunde Fashola, did not show up for yesterday’s budget defence.

There was no official explanation from Fashola on why he did not turn up. Instead, Shehuri said Fashola was attending to other state matters.

Last Thursday, senators walked out Fashola, over alleged “unpreparedness to face the committee for his 2018 budget defence.”

The Abaribe-led committee maintained that Fashola was not ready to face members since he did appear before them, with necessary documentation.

Abaribe also added that the committee should have been furnished with necessary documentation, to enable members peruse them while the defence would be ongoing.

But, speaking on Fashola’s non-appearance, yesterday, Abaribe said: “Maybe Fashola decided to snub us because of some media reports last week. But, he ought not to have been angry by that. I am sure that was why he sent you because he did not want to come here.

“I said it was deliberate that Fashola did not show up. What we need to scrutinise the budget was not provided. We needed some things to make the process easy. Nobody is satisfied with these vague items. We are going to have to adjourn this meeting, pending when we will get these submissions from you.”

He told the Shehuri and Edozien to inform Fashola that he must present himself at the next scheduled budget defence session.

“We are asking you to inform the minister to be here, to properly respond to all the questions we need to ask. We will do a comprehensive letter asking for explanations on items where we have raised questions. That will guide you in giving your submissions. We need you to be prepared when next you come,” the committee chairman said.

The minister of state and other officials of the ministry, were then told to go back and return prepared for another session.