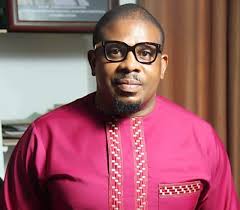 The Anambra State Police Command has announced a breakthrough in the release of kidnapped Commissioner of Public Utility .In a statement released to the members of the public by the State Police PRO- DSP Ikenga Tochukwu, he said that the Commissioner was hale and hearty.The statement reads in full ” Today 4th April, 2021, we wish to confirm to the members of the Public, especially Ndi Anambra the safety of Engr Emeka Ezenwanne, the State Commissioner for Public Utilities”

”The Police, Military and Other Security Agencies had mounted intense search and rescue efforts, which had closed in on his abductors, thereby forcing his release.
The Hon Commissioner returned home unhurt, in the early hours of today 4th March 2021.

Recall, he was abducted following the attack at Isuofia Civic Center that led to the murder of three (3) Police Officers by some hoodlums.

The Police Command had arrested five suspects in connection with the incident and remains committed in apprehending the remaining gang members.

Meanwhile, the CP has called for calm and reiterates the Command’s commitment towards ensuring safety and security of Ndi Anambra and residents alike” the statement concluded.