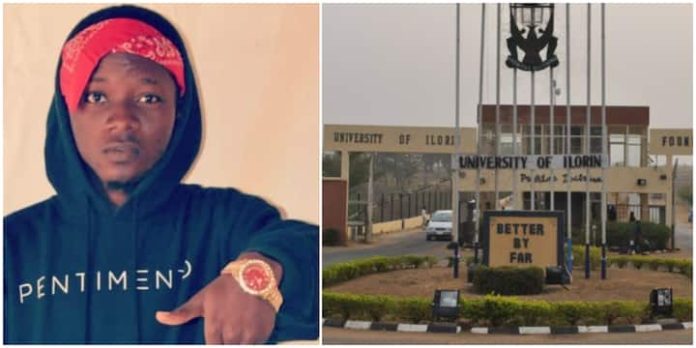 The University of Ilorin student, Waliyullah Salaudeen, who beat his female lecturer to stupor has opened up on why he reacted violently to the female academic identified as Mrs Zakariyau.

Viral footage that graced social media showed how the 400 level student was apprehended by the school security personnel after he beat up the lecturer on Thursday, November 11 in the school premises.

According to Daily Trust, Waliyullah Salaudeen of the department of microbiology said he was in detention for two months before the ugly incident of that fateful Thursday.

Narrating the reason behind his detention, the student popularly known as Captain Walz said he had visited Allen Avenue in Ikeja, Lagos State to see a friend for the first time and felt the urge to urinate while waiting for the person.

I was severely beaten and handed over to the police which led to my detention for two months.

Upon his release, Walz said he had visited the female lecturer’s office to help him wave his mandatory SIWES scheme. He said the lecturer said there was nothing to be done and ordered him out of her office. “…She said there was no help to offer, except I joined the next set which would result in an extra year. “On the fateful Thursday when I entered her office, she ordered me out…

Walz said he got angry and was arguing with her when she threw a mug at him which he claimed got him injured. This Walz said infuriated him and thus, descended on the lecturer.

Meanwhile, Legit.ng previously reported that the vice-chancellor of UNILORIN has given an update on the beaten lecturer’s state of health.

The Vice-Chancellor, University of Ilorin, Professor Sulyman Abdulkareem has in a recently released statement said the lecturer is in a stable condition. The Vice-Chancellor described the incident as sad and unfortunate, assuring that justice would be done on the matter. He ordered proper care of the victim on the bill of the university and reiterated his commitment to the welfare of all staff and law-abiding students of the institution.