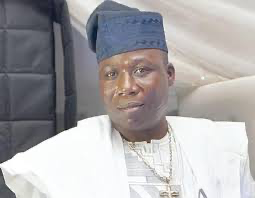 Activist Sunday Adeyemo aka Sunday Igboho has filed a suit before the Federal High Court, Abuja for the release of his aides arrested during a raid on July 1 at his residence by the Department of State Services.

The DSS had arrested 13 aides of the activist and paraded them alongside arms allegedly recovered.

The lawyer said Sunday Igboho’s spokesman Olayomi Koiki had issued a statement on Wednesday that the DSS did not allow lawyers to see the aides in its custody.

“We have filed an action before a Federal High Court in Abuja concerning their bail. We filed it today,” he said.

Sunday Igboho has not been publicly seen since the DSS raid. The secret police have urged him to turn himself in over the alleged arms found at his house.

The activist says the weapons were planted by the DSS.