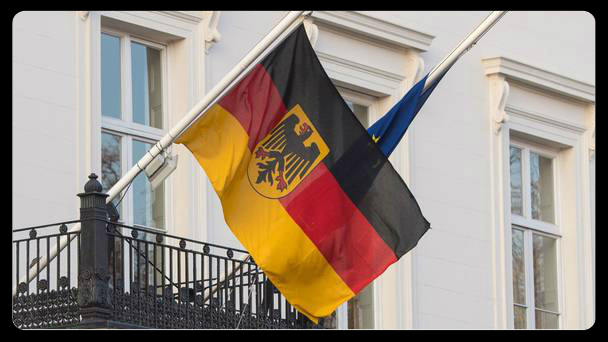 German authorities have arrested two Syrians suspected of being members of the extremist Nusra Front, with one of them alleged to have been involved in the murder of dozens of civilians.

Abdalfatah HA, 35, is suspected of war crimes over the killing of 36 Syrian government employees by his unit in March 2013, the federal prosecutor’s office said.

The statement said he carried out “so-called Shariah death sentences”.

A spokeswoman for the prosecutors’ office, Frauke Koehler, declined to confirm German media reports that the man came to Germany as an asylum seeker.

The other suspect, 26-year-old Abdulrahman AA, belonged to the same combat unit as Abdalfatah HA and both participated in an armed battle against Syrian government troops, including taking over a big arms depot near Mahin in November 2013, the statement added.

The men, whose surnames were not published due to German privacy rules, were arrested in the western cities of Dusseldorf and Giessen and their apartments were raided.

They were due to appear before a judge.

Prosecutors said the Nusra Front unit the men belonged to also included Abd Arahman AK, a Syrian in his early thirties who was arrested in Germany last June on suspicion of being part of a plot to carry out a bomb attack in Dusseldorf.

Human rights groups have pressed governments to bring people suspected of war crimes and crimes against humanity in Syria to trial, as part of an effort to resolve the long-running conflict.

The European Centre for Constitutional and Human Rights (ECCHR) said it has helped submit the first criminal complaint in Germany against six high-level Syrian military intelligence officials, in the hope that federal prosecutors will take up the case under the principle of universal jurisdiction.

This allows German courts to try crimes committed outside the country, though legal experts say that they are unlikely to do so unless there is a reasonable chance of bringing the perpetrators to Germany.

The ECCHR complaint was filed together with seven Syrian torture survivors and two Syrian lawyers.

“In Syria there is total impunity, which produces further violence. Without justice there will be no political solution to the conflict,” Mazen Darwish, one of the Syrian lawyers, was quoted as saying in a statement.