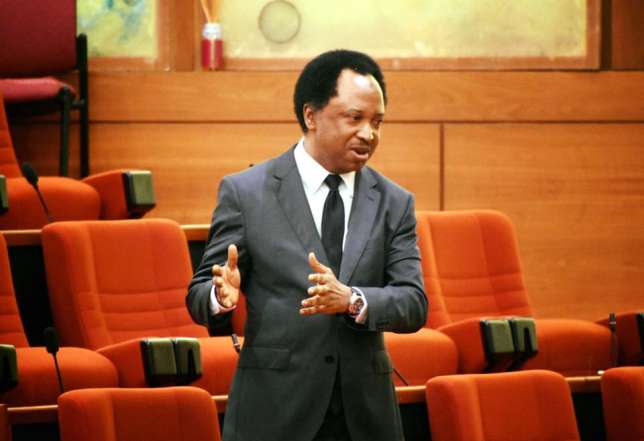 Senator Shehu Sani says he decided to expose how much senators earn because the secrecy was hurting his conscience.
Shehu Sani who who represents Kaduna Central in the Senate, says he decided to burst the bubble on how much lawmakers earn, because it is time to make parliament attractive only to people who can contribute ideas.
Nigeria’s parliament is peopled by former governors and geriatric politicians.

Sani’s revelation has dominated media chatter in Nigeria for a week now.

According to the senator who went rogue, N13.5million is handed to every lawmaker monthly. Each senator is also entitled to N200million for constituency projects.

There is also N750,000 due every senator in basic salary, monthly.

Conscience
Asked why he decided to lift the lid on senators’ pay, Sani told the BBC that the jumbo pay was pricking his conscience.

“I decided to bust it open. It was a moral issue”, Sani told the BBC.

“If the expenses payment system was ended, then parliament would only be attractive to people who contribute ideas”, he said.

Nothing new
The Nigerian senate reacted by saying Sani’s disclosure was nothing new.

“The figure Senator Shehu Sani gave out about the running costs of the offices of Senators were contained in the various line items and expenditure heads of the budget of the National Assembly which has been made public”, the Senate said in a statement, Sunday.

“Almost all holders of elective and appointive offices have running costs allocated to their offices and that cannot be said to be part of their salaries”, the statement added.

Nigerians have called the sums outrageous in a country where the minimum wage is pegged at N18,000 and where 80 percent of the population live below the poverty line.