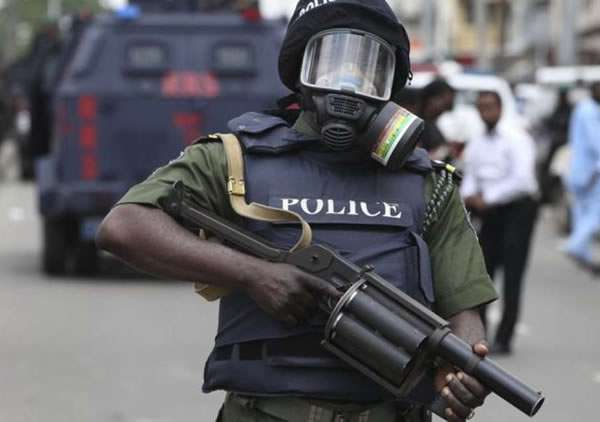 Umunze community in Orumba South Local Government Area of Anambra State has denied allegations levelled against it by the police over the death of an unidentified policeman in a fracas between the police and youths of the community.

Youths of the community had last weekend been involved in a violent clash with policemen, said to have been despatched from Zone 9, Umuahia.

A press release signed by the state commissioner of Police, Mr Garba Umar, said that one out of three policemen who were on duty in the community were attacked by the youths, while one of them died.

Umar said, “The Suspects have been arrested and would be charged to Court to face the Law so as to serve as a deterrence to others.”

But the traditional ruler of the community, Igwe Promise Eze during a visit to his palace told DAILY POST that the allegation of killing of a policeman by youths of his community was a lie.

The monarch called for protection from Anambra State Government, saying that his subjects have all fled into hiding, following massive arrest, theft and destruction of property by men of the Special Anti Robbery Squad (SARS) over the death of their colleague in the community.

He narrated that, “The policeman who died was not killed by youths of this community. Let me tell you how it happened. The three policemen had come from Umuahia, after someone lodged a complaint to them about the beating of his child by a neighbour, but the policemen came and arrested youths of the community.

“So, they came back the next day to arrest more youths, but the youths resisted, insisting that they cannot be arresting people over a small matter, but the policemen insisted and started shooting, four of the youths were affected in the shooting, until they ran of bullets and the youths started beating them.

“My President General was alerted, and he rushed to the scene and intervened. He ordered the policemen to be taken to hospital, but while they were being taken there, one of the policemen jumped out of the vehicle and died. So he was not even killed by the youths.”

The monarch lamented that since after the incident, policemen from SARS have been terrorising the community, arresting everyone in sight, destroying property and stealing some of them.

“So far, police has arrested 42 persons, burnt down one hotel, while another was vandalised and looted. Cars were also destroyed too by the policemen.

“We are calling on the Federal Government to look into the activities of SARS because what they did in this community is terrible. My people have all fled this community for fear of arrest, and we are calling for a full investigation into the matter, as the police is presently portraying us as a hostile community, which is not true.