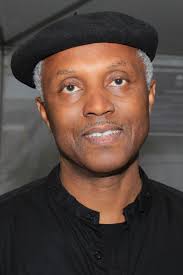 “It never ceases to shock me that the Nigerian State has yet to get a handle on some thing as basic as paved roads sixty years into independence; it should incense every enlighten Nigerian that government officials shamelessly list road construction as an achievement. It should be declared a crime! A governor, minister or president who beats his chest to take credit for roads construction should be booted forth with. Please don’t tell me about roads as an achievement not in the 21st century, not after 60years of self governance”.

This statement from the renowned author adds credence to what we have been saying all along, the governor and his supporters have made roads construction the only indices of development in Ebonyi State in this state roads construction has become everything. If you complain of no employment since the inception of the iron gate administration the answer you will get from supporters is roads construction, you complain of poor remuneration of active civil servants and retirees they will tell you how Ebonyi State has become an eldorado because the governor has constructed all roads in the State even when in actual fact Ebonyi State is no way near the picture they are painting.

When you tell them Ebonyi State is the poverty capital of South-East, they will tell you to be grateful to governor Umahi for constructing the kind of roads that has never been seen anywhere in Nigeria in Ebonyi State. When you tell them that the said Dubai of Nigeria has no industry, the answer you will get is that the governor has just completed a shopping mall the kind that can only be seen in Dubai to the supporters Ebonyi is now at par with the United Arab Emirates city in terms of development all thanks to their infrastructural juggernaut hence you we now have conceret roundabouts decorated with solar bulbs and man-made water falls.

In Ebonyi State all other indices of developments has been eroded because of roads construction, tell any supporter of governor Umahi that our public schools are in very bad shapes because of lack of fundings, poor teachers remuneration and dearth of basic facilities. The answer you will get is the governor is doing well infact what he’s doing is unprecedented because since the inception of Ebonyi State no governor from, Commander Walter Feghabor, Sam Egwu and Martin Elechi has been able to do it and they will conclude that after Umahi no governor will equal or even try to do what he’s doing.

Those of us from Afikpo North/ Ehugbo can’t remember the last time we saw light in that town yet the supporters of the governor will not even want it mentioned to their hearing because the governor is busy constructing roads, therefore what’s light compared to roads? But in this town it’s well known that we have the worst roads yet they will tell you to be grateful that Agbaebi Ngodo, Saint Mary road, Ugwu-ukwu to Ama-mgballa roundabout and Amankwo roads were considered by the benevolent governor who has done for us what our sons will not have done were they to be governor.

Roads construction have become an albatross hindering every other form of development in Ebonyi State, other forms of social amenities like water, electricity, good public toilets and provisions of schools facilities. In Ebonyi State roads construction have become the only indices of development and those of us who have been saying other wise are called ingrates but we thank God for someone like Okey Ndibe who by reason of residing in America is telling us that in 21st century roads construction shouldn’t be a bases for measuring achievements for people in government.

Yesterday I read on Oti Abali’s wall a post which stated that the governor Umahi has said he won’t pay his aides because they have not been able to to defend him against those criticising him, I had commented thus; even if his aides decides to throw in the gauntlet they can not defend the governor against opposition and individual critics. Therefore I advice the governor to change gear instead of looking for who to defend him, what the governor should know is that his aides have been lying to him the truth of the matter is that he has not been doing well therefore he should change gear and directions.

Good governance does not end with roads construction you can’t be constructing roads at the expense of other forms of development, there’s still time to change above all stop looking for who to defend you and your administration rather do what is right and your works will speak for you because a golden fish needs no hiding.