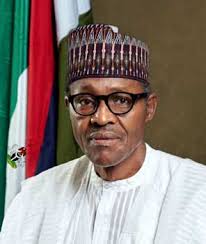 A group known as Unified Nigeria Youth Forum (UNYF) has described the inability of the Federal Government, under President Muhammadu Buhari, to meet the demands of the Academic Staff Union of Universities (ASUU) and resident doctors leading the strikes in hospitals and tertiary institutions, as ‘a national scandal and embarrassment’.

The group condemned, in strong terms, the indefinite strike embark upon by resident doctors, saying it would set the country’s health sector backwards while the poor masses suffer the consequences that would emerge.

A statement issued, in Kaduna, on Wednesday. by President of UNYF, Abdulsalam Muhammad Kazeem, frowned specifically at inability of the Federal Government to address the issue of resident doctors within 15 months of earlier strike.

The statement read in part: “The inability of the FG under President Muhamadu Buhari to meet up with the demands of both ASUU and resident doctors is a national scandal and embarrassment on our nation considering the numbers of escort in their convoy.

“The speaker house of Representatives, the Senate President, Ministers, Governors and other top government officials have monies to pile up material wealth at the expense of the survival of those who voted them into office.

“The resident doctors are embarking on industrial action for the second time in 15 months on the same issue ranging from inability of the government to pay their full salaries/allowances and their exclusion in the pension scheme, yet the FG could foot the bogus medical bill of Mr. President in a London hospital for more than 100 days!

“We have carefully watched the way and manners, most public officials/political office holder refused to show assistance/solidarity to the people of Benue State flood victims like they did during the campaign fund raising for both People Democratic Party (PDP) and All Progressive Congress (APC)”.

The group also appealed to the resident doctors to reconsider their steps, as it would help to save the lives of many common Nigerians who are presently receiving treatment in various public hospitals across the nation.

“The resident doctors should please resume work with immediate effect, to re-affirmed the oath they swear him with to protect the lives of human beings, it will help to control the outbreak of Cholera in Borno State, and it will equally help the affected victims of Benue State flood disaster”, it added.