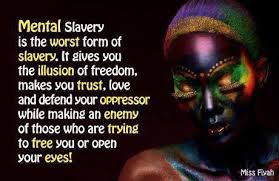 MASSOB said since Okechukwu’s appointment as Director-General of VON,  he has taken the issues of Biafra agitation, Nnamdi Kanu’s detention and Biafra agitators as the only way to entertain his masters in the All Progressives Congress, APC.

Leader of MASSOB, Uchenna Madu, in a statement, yesterday, described Okechukwu as an errand boy, who has thrown caution to the winds in sabotaging the desire and wish of all Igbo, including his kinsmen.

Madu said: “MASSOB sees  Osita Okechukwu as a desperate man, who easily sabotages the general interest of his people just to keep his position or appointment by the oppressors of his people. “Has Osita Okechukwu who claimed that Ndigbo are better and comfortable in Buhari’s administration condemned the several killings, harassments, intimidation and genocide by armed Fulani herdsmen against the people of his home state, Enugu? “We remind Osita Okechukwu that his appointment by Buhari as D-G VON is just temporal and irrespective of his errand gallantry for President Buhari, APC will replace him soon with an Hausa-Fulani man.” MASSOB warned that politicians should stop playing politics with the destiny and aspirations of their people, describing it as very dangerous.