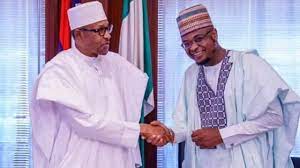 The PDP accuses the All Progressives Congress (APC) and its leaders of a conspiratorial silence in the face of the worrisome revelation in which a member of the Federal Executive Council (FEC) and Minister of Communications and Digital Economy, Isa Pantami, has been accused of affiliation with terrorist groups.

Our party asserts that this silence by the APC and its Leaders is a direct confirmation of APC’s support and sympathy for acts of terrorism including the wanton mass killings, banditry, maiming, kidnapping and marauding, which have overtaken our landscape as a nation under its watch.

We find it unthinkable that the APC as a party, and some of its leaders, who are going about grandstanding on their aspiration to further lead our nation, can be silent on the face of a major threat to our national security as well as our foundation as a nation.

Our party had always drawn the attention of Nigerians to the manifest relationship and camaraderie between terrorist elements and APC leaders, including those angling to be President.Nigerians could recall that our party had always urged the APC and its leaders to free our nation by returning the political mercenaries and thugs they imported to help them rig the 2019 elections.Instead, the APC has allowed their political mercenaries to continue to maraud our country, with Isa Pantami being accused of using his office to compromise the NIN registration exercise to register such aliens with a view to foist them on our nation as citizens.

Our party challenges the APC and its leaders to speak out by calling on President Muhammadu Buhari to relieve Isa Pantami of his office without further delay, clean up whatever compromises he may have made in the system and take further steps to protect our nation from terrorist activities.